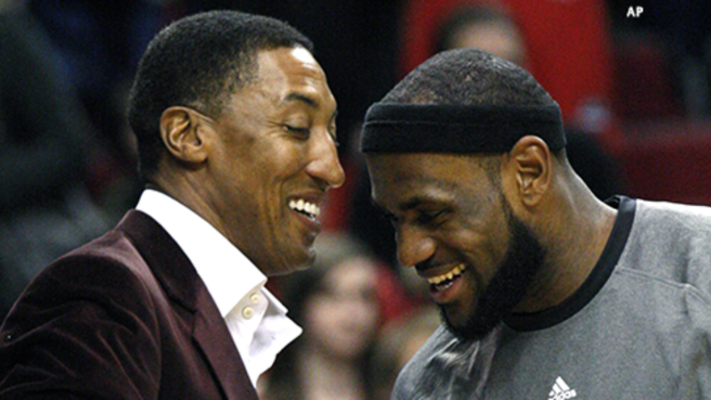 During LeBron James’ first stint with the Cleveland Cavaliers, the team was heavily criticized for not surrounding the four-time MVP with players who could help him win a championship.

According to a recent report, the Cavs considered trying to solve the issue in 2007 by bringing in a player with major championship pedigree. That player was Scottie Pippen.

It’s unlikely that Pippen would have played a major role on the Cavs if he had returned, as he said himself, he was looking to play around 15 minutes per game.

Still, the leadership he could have offered a young James would have been invaluable.

At the time, James was just 22 years old and surrounded by a fairly lackluster roster. That’s what made the fact that the Cavs advanced to the 2007 NBA Finals all the more impressive.

When they got the finals, the Cavs were dominated by the high-powered San Antonio Spurs in a 4-0 sweep. While Pippen’s presence likely would not have given the Cavs much better of a chance in the series, he surely could have taught James a thing or two about performing on the NBA’s biggest stage.

Of course, Pippen played the majority of his career with the Chicago Bulls, playing second fiddle to Michael Jordan on their way to six total NBA titles.

However, Pippen also enjoyed a successful stint with the Portland Trail Blazers.