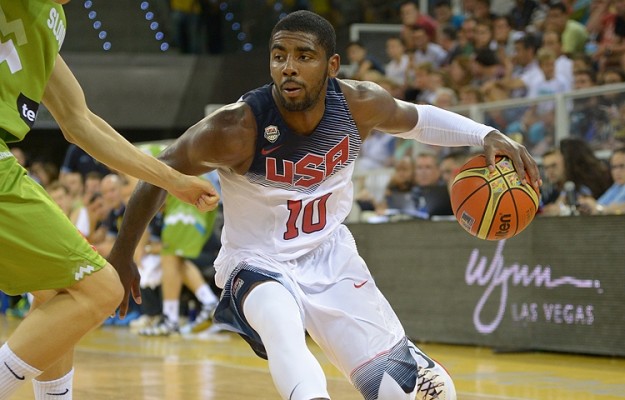 Kyrie Irving has already been cleared to work out. Now it appears that Irving is ready to join Team USA.

The 23-year-old guard won’t be able to play so soon after knee surgery, but that doesn’t seem to be stopping Irving from showing his commitment to Team USA, according to Marc Stein of ESPN:

Another Team USA mini-camp mini-update: Word is Kyrie Irving will indeed be there though he obviously can’t play so soon after knee surgery

The Cleveland Cavaliers veteran played and started on Team USA during the FIBA World Cup last year. It would seem Irving is intent on playing for the team during the Olympics in the summer of 2016. It is likely that teammates LeBron James and Kevin Love will also be on Team USA next summer, so it makes even more sense for Irving to show his commitment during the upcoming mini-camp.

The five-year veteran has not played since suffering a fractured left knee cap in Game 1 of the NBA Finals which resulted in surgery. He is coming off a season in which he was named to the All-NBA Third Team.