Report: Golden State Warriors Have James Wiseman Atop Their Draft Board 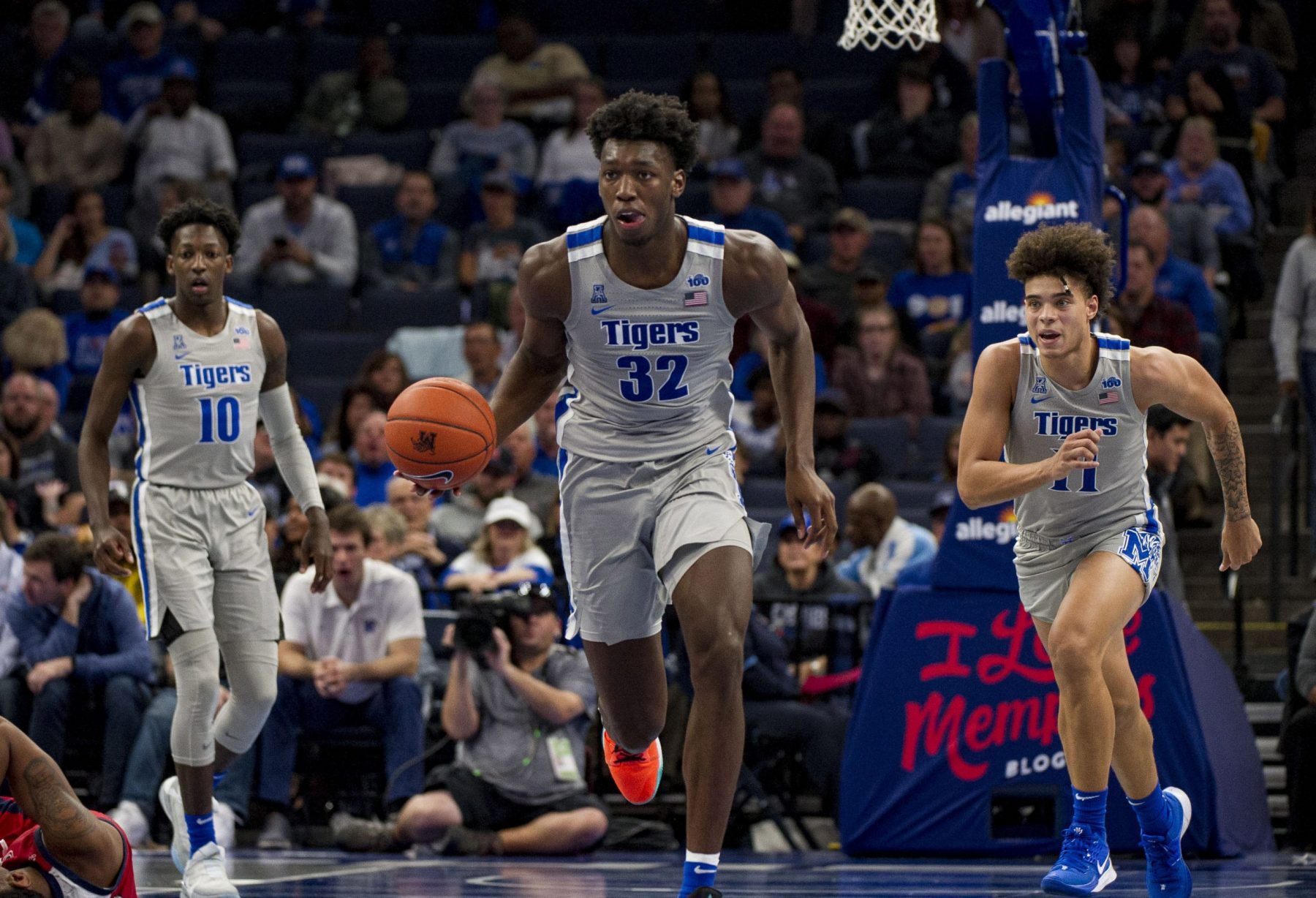 The 2018-19 season ended in disaster for the Golden State Warriors, as they not only lost the NBA championship to the Toronto Raptors, but also Kevin Durant.

Golden State’s bad fortune has continued this season, as Stephen Curry missed most of the season with a hand injury.

But every piece of adversity carries a seed of equivalent benefit, and that seed will come for the Warriors in the form of a top draft pick, which they may use to select University of Memphis center James Wiseman.

“A league source said the Warriors have Wiseman at the top of their draft board; understandable considering forward Dragan Bender, a late-season addition via two 10-day contracts, is the only 7-footer on the roster and 6’9″ Kevon Looney is the only listed center,” wrote Ric Bucher of Bleacher Report. “But none of the executives surveyed put Wiseman in the category of Dwight Howard or even Deandre Ayton, big men capable of playing a significant role on Day 1.”

Wiseman played only three games this season after being suspended by the NCAA. But he proved he’s got game in those three contests by averaging 19.7 points, 10.7 rebounds and 3.0 blocks per game while shooting 76.9 percent from the field.

Throughout the season, the Warriors have been thinking that with a high lottery pick in addition to Curry and Klay Thompson returning to full health, they will once again be title contenders next year.

However, some around the league don’t share that view.

“I don’t think it’s realistic [that they’ll be title contenders], but they’ll still be one of the top teams in the West,” an Eastern Conference GM says.

Bucher pointed out that before the arrival of Durant, depth was a key reason the Warriors won the NBA title in 2015 and came close to repeating as champs the next year.

Although Curry’s injury opened up playing time for several young prospects, many of whom proved they can play, they lack the experience and smarts of men such as Andre Iguodala and Shaun Livingston.