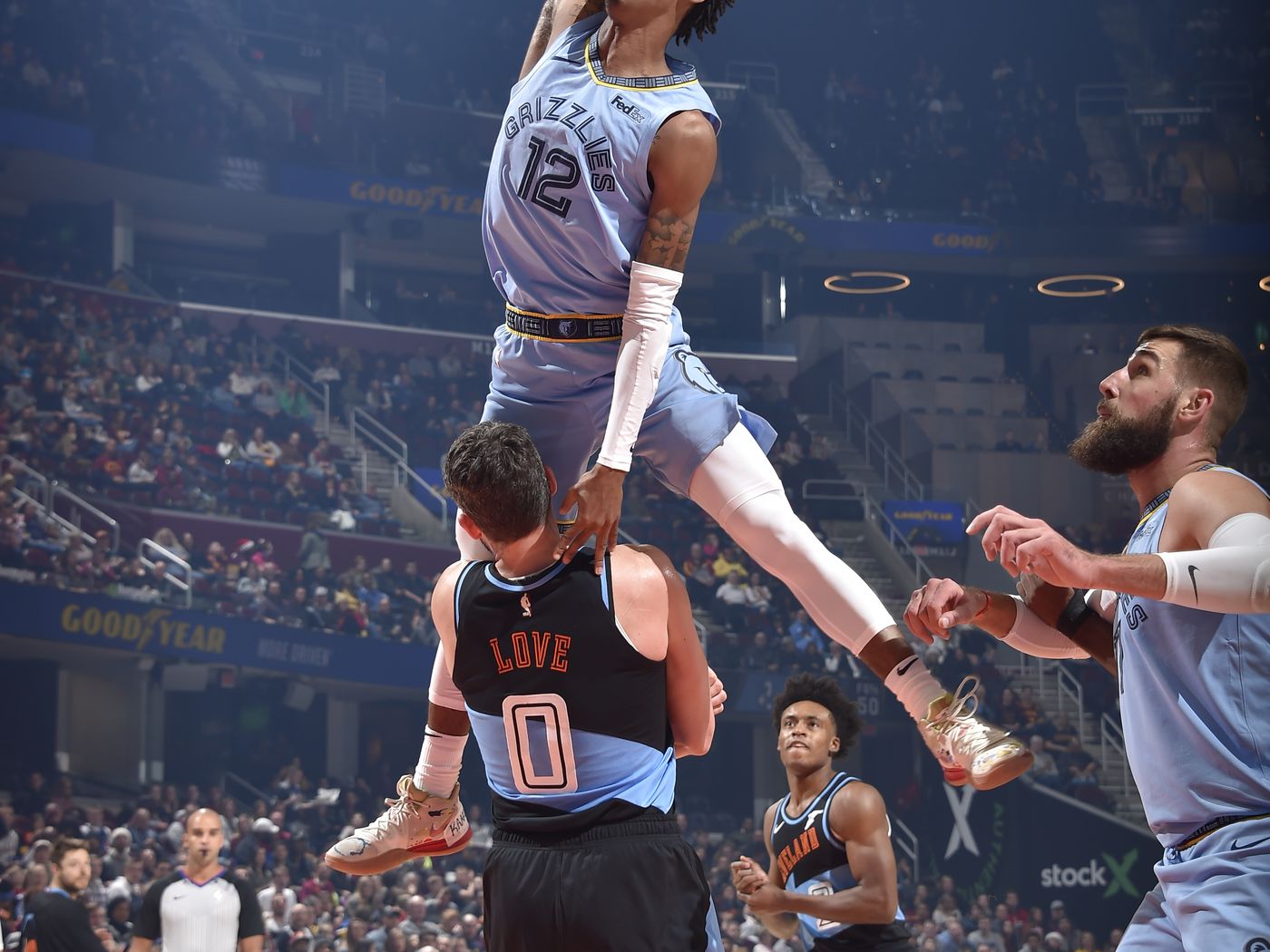 Fortunately for Love, the high-flier fell just short of jumping over him and missed the slam.

Yet, during an interview with SportsCenter on Friday, Morant admitted he wished could try the dunk over again.

“I just went down to go finish the play and he went to try and take the charge,” Morant said. “I think I kind of cocked the ball back too far trying to dunk it hard and lost control a little bit and hit the back rim. I wish I could have that back.”

Morant, 20, is one of the best rookies in the NBA this year.

He is posting 17.6 points, 6.9 assists and 3.5 rebounds per game this season. The youngster’s transition to the league has been tremendous as he has exhibited impressive play and leadership.

The monster dunk attempt on Love was just one example of Morant’s boldness.

Love, on the other hand, has been on the wrong end of poster dunks multiple times throughout his career.

While Morant missed the potential slam of the season, Love has been thunderously dunked on by stars Kevin Durant, Dwyane Wade and Al Horford in recent years.

Nonetheless, it portrays the 31-year-old’s defensive approach to the game. Love would rather try to take a charge as opposed to give an opponent an easy two points.