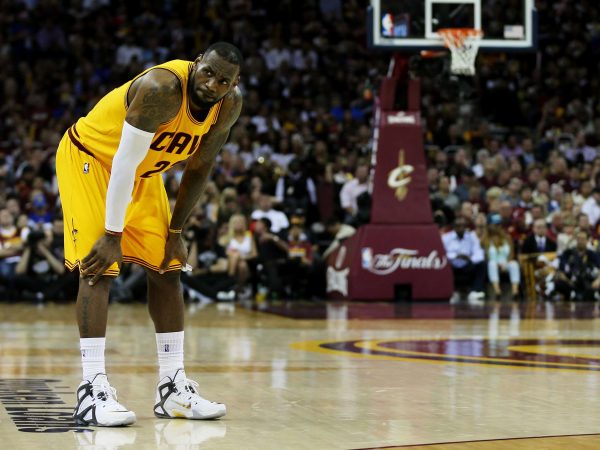 Being able to play at a superstar level for the past 14 years like LeBron James of the Cleveland Cavaliers has required a tremendous amount of work and effort on the court. Off of it, maintaining a steady diet can often be difficult due to the constant travel requirements that can mean eating at odd hours.

James recently spoke with Alyson Shontell of Business Insider about his daily diet and workout schedule throughout the year, which consists mainly of healthy options.

“Before competition for me would be like a chicken breast and maybe a little pasta. The carbs help because you’re going out and playing a lot of minutes,” James said. “But a salad and some veggies will have me perfectly fine. And before the game I might have a protein shake and some fruit, and I’ll be ready to go. But as far as pies or pizza and sandwiches and french fries — I can’t. I’ll wait for that after the game. I can’t do that before the game.”

“My workout regimen is pretty much five times a week, every day. And it varies,” James said. “Sometimes I stay at home and work out. Sometimes I’ll go to an actual class. I’ve been to, like, VersaClimber classes, or spinning classes. I do pilates as well. So, it kind of varies depending on how I’m feeling.

“During the season, we’re playing basketball every single day, and we’re working on our bodies every day. So I don’t get the opportunity to do the classes as much because we’re doing a lot of traveling. But my workout regimen is pretty consistent then as well. It’s mostly seven days a week during the season because we play games on the weekend.”

All of that attention to detail has led to both individual and team success. Each of the last six teams that James has been on, whether in Miami or Cleveland, has made it to the NBA Finals. In three of those battles, James has emerged as the Most Valuable Player. 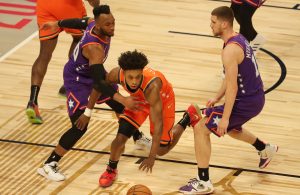 The Cleveland Cavaliers are widely considered to be one of the most downtrodden teams in the NBA right now....