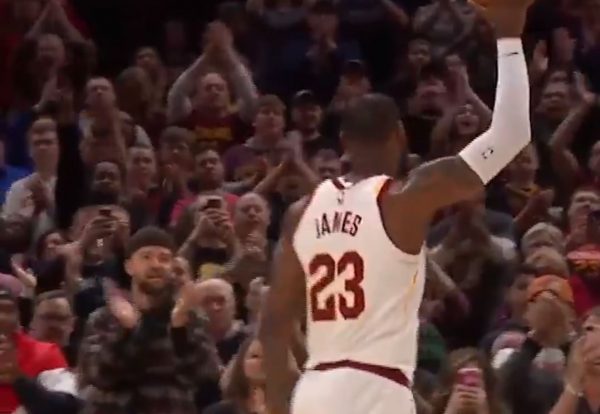 Cleveland Cavaliers forward LeBron James needed just 10 points to extend his streak of scoring in double-figures to 867, becoming the all-time leader in that category. He wasted little time in laying claim to the record, delivering a dunk with 5:59 left in the first quarter of Friday night’s home game against New Orleans to put him over the top. James was given a standing ovation by the crowd at Quicken Loans Arena in the wake of the accomplishment.

LeBron enters the record books in style, then gets a standing O in Cleveland.

The record is likely extra special to James because the previous record-holder in the category was his idol, the legendary Michael Jordan. The next milestone in this department will likely be reaching 1,000 consecutive games, though that won’t be possible for a few years.