Collin Sexton Discusses Close Relationship With Chris Paul, Says He Talks to Him Every Week 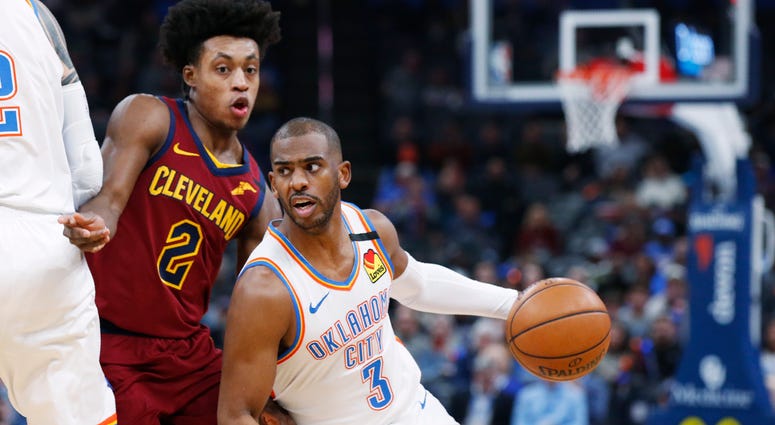 While he has already proven to be a dangerous scorer from all over the court, there is no doubt that he can still improve as a passer. Luckily, it appears as though Sexton is regularly getting tips from one of the best playmakers in NBA history.

In a recent interview with Alex Kennedy of HoopsHype.com, Sexton revealed that he speaks with Oklahoma City Thunder point guard Chris Paul on a weekly basis.

Sexton revealed his relationship with Paul when talking about who has had the biggest impact on him during his time in the NBA.

“K-Love (Kevin Love), Chris Paul and Coach Avery Johnson,” Sexton said. “Those guys, they’ve been where I want to get to. I just take bits and pieces of their game so that I can learn from them and understand the game even more. My relationship with Chris goes back to high school when I played on his teams (Team CP3). Ever since then, we’ve just been building that relationship. I talk to him every week and just pick his brain and figure out how he feels about certain plays and things that I can incorporate into my game. It’s cool.”

As for Paul, he has averaged 18.5 points, 9.5 assists and 4.5 rebounds in his storied NBA career. Clearly, Sexton has a long ways to go to becoming the playmaker that Paul is.

That being said, an incredibly promising indication that Sexton is learning and improving has come in the Cavs’ most recent games.

In the five games leading up to the All-Star break, Sexton averaged 4.4 assists per game. While that is nowhere near Paul’s career average, it is a clear indication that Sexton is looking to spread the ball around more.

Last season, Sexton exploded as a scorer following the All-Star break. It’s a major reason why he ended up on the All-Rookie Second Team.

Hopefully, his play for the rest of the season marks a similar type of improvement in the playmaking category.

If Sexton can improve as a passer, there is no doubt that he will remain one of the most promising young guards across the NBA.