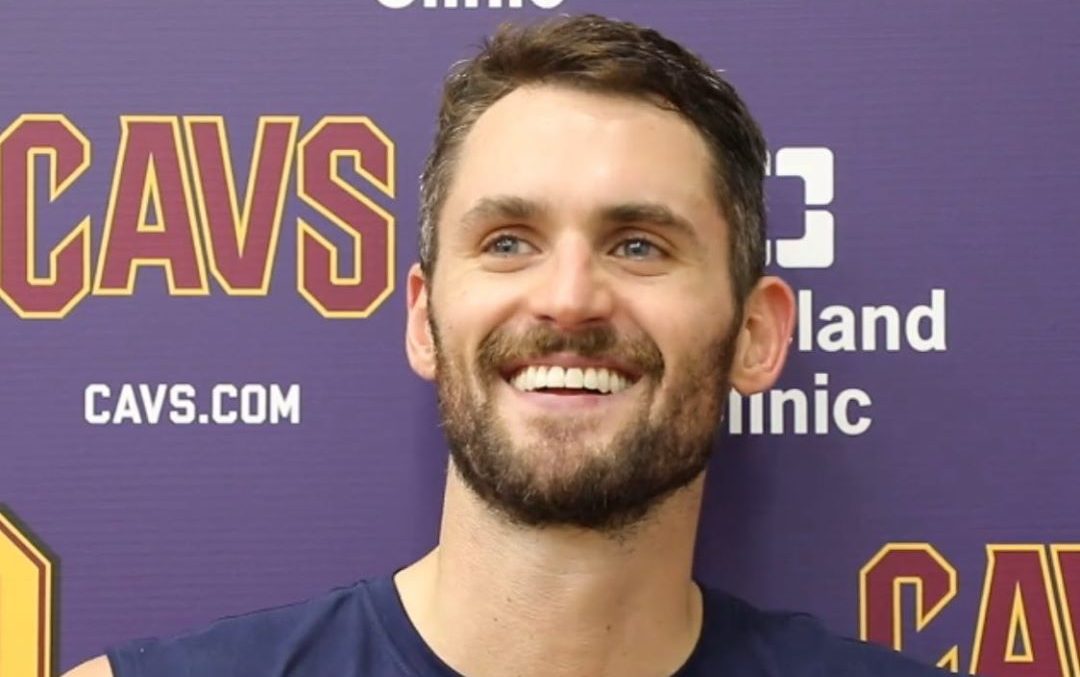 The Cleveland Cavaliers’ trade for veteran center Andre Drummond has forward Kevin Love excited about the potential Drummond adds to the team and how it will help make the Cavaliers’ efforts in the paint that much stronger.

Love spoke at the team’s Friday practice about the deal, which surprised many observers.

While Love expressed regret about losing John Henson and Brandon Knight in the trade, he was thrilled about adding Drummond to the Cavs lineup.

Kevin Love shows his excitement about the addition Andre Drummond, who he believes complements his game and vice-versa. He talked about their relationship and how the All-Star big man's presence positively affects the #Cavs. pic.twitter.com/Z1IC6rzhDB

“Drummond, we all know what he’s capable of,” Love said. “Dre is a guy I’ve known for a long time. We have the same agent and (he) plays extremely hard and has crazy production. So he’s gonna be, along with T-Top (Tristan Thompson), Larry [Nance] and myself, it’s gonna be a pretty formidable frontcourt.”

Love concluded his remarks by noting how Drummond can help the Cavaliers.

“Adding him is a big piece really to any team that’s looking to get better and he’s what, 26 years old?” Love said. “I mean it’s gonna be interesting to see what he brings, but I know that just mentioning all those different variables that he could add, it’s going to be interesting to see how we play in different lineups we can throw out there. I think it’ll be fun.”

In the wake of the trade, there were fears that Drummond was simply a temporary addition, since he has a player option for next season. However, reports on Friday indicate that he plans on picking up that option.

The 31-year-old Love’s disposition has been a source of controversy over the past few months, with criticism and on-court behavior offering strong hints that the veteran wanted to be traded.

That didn’t occur, and it clearly appears that he views the deadline deal positively, despite the current 13-39 record of the Cavaliers.

There has yet to be any word of when Drummond will take the court with the Cavs, though it could be as early as Sunday, when the team hosts the Los Angeles Clippers at Rocket Mortgage FieldHouse.