Video: Tristan Thompson Dunks on LeBron James, Proceeds to Stare Him Down 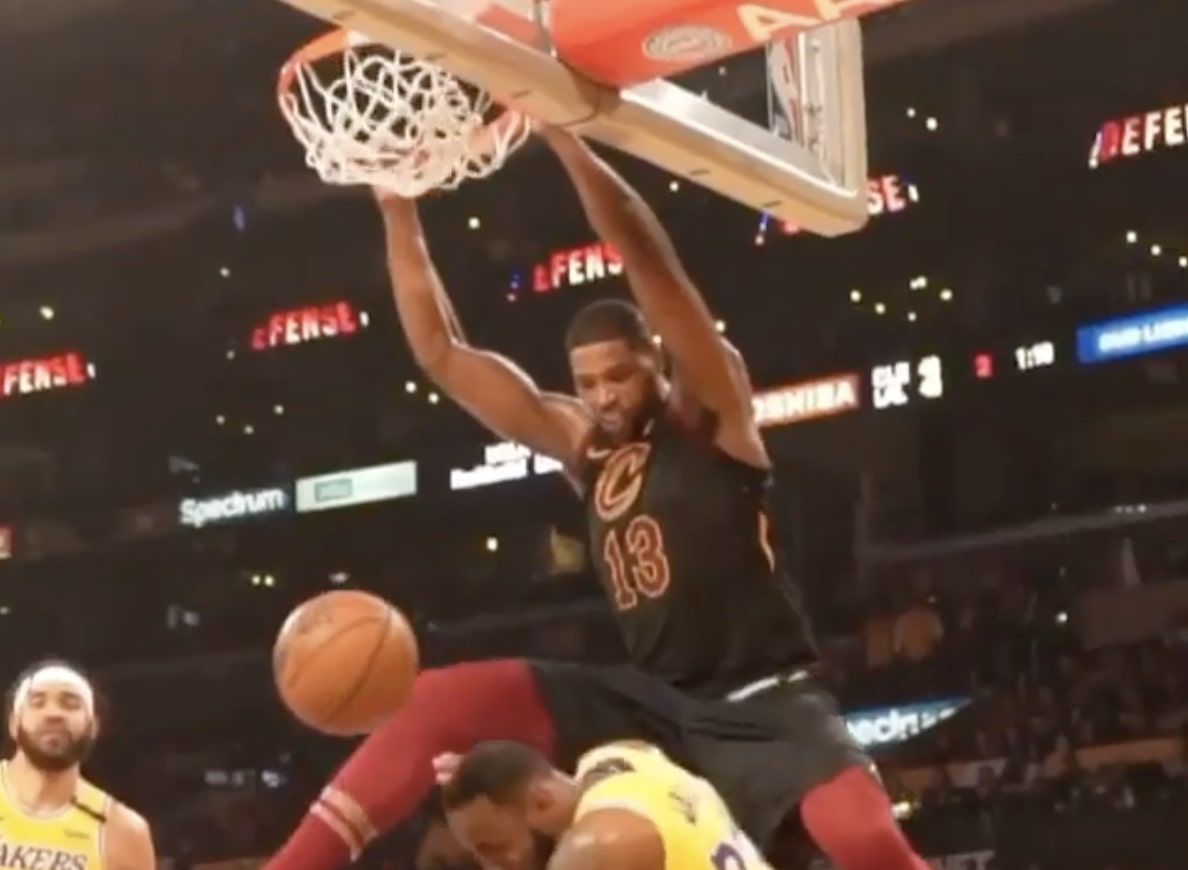 Late in the second quarter, Thompson enjoyed a highlight-reel play at James’ expense.

Tristan caught LeBron and stared him down in the first half, but the King got his revenge later ?

The Cavs got off to a strong start and led by as many as 14 points early in the second quarter. The Lakers looked listless early on, but they managed to cut Cleveland’s lead to one point at halftime.

They then blitzed the Cavs 81-51 in the second half.

Thompson, who’s having a career season, posted 17 points on 8-of-11 shooting from the field in the contest. He added 10 rebounds to the stat sheet as well.

James, however, got the last laugh with 31 points and eight assists in the game.

The Cavs were coming off back-to-back victories, including a 111-103 triumph over the Denver Nuggets. In that game, Cleveland’s backcourt was impressive, as Collin Sexton scored 25 points and Darius Garland notched eight assists and just two turnovers.

Of course, James, Thompson and Love teamed up to lead the Cavs to four straight NBA Finals appearances, including the franchise’s first and only NBA championship in 2016.