Why Head Coach David Blatt is in a Lose-Lose Situation 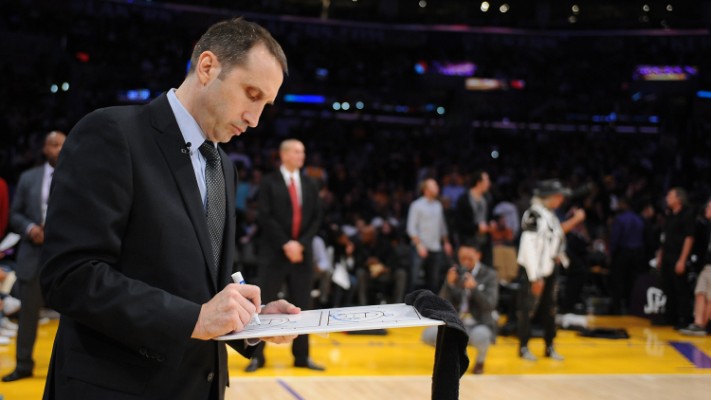 The Eastern Conference finals began on Wednesday when the Cleveland Cavaliers dismantled the Atlanta Hawks, 97-89 thanks to the hot shooting of one J.R. Smith.

Most experts are split on how the series will play out, but one thing is for certain: no matter how the Cavs’ season ends, Head Coach David Blatt will be blamed if anything goes wrong.

To understand Blatt’s situation, you need to understand the circumstance and reasoning that brought him to Cleveland.

Blatt was hired back in June to mentor a young Cavaliers team that had just lucked into the first overall pick in the draft and was expected to select a budding young star Andrew Wiggins.

Blatt was expected to come in and help develop a winning culture and hopefully take the Cavaliers to their first playoff berth in four years.

Then LeBron James decided he was coming back to Cleveland and everything changed.

The Cavaliers quickly traded away youngsters Andrew Wiggins and Anthony Bennet for an established star in Kevin Love, and team expectations shot through the roof.

Making the playoffs wasn’t just a goal anymore, it was an expectation, and the floor for failure was raised exponentially. Many in the media began predicting the Cavaliers to win a championship, and if they fell short? Epic disaster.

All of this before Blatt had ever coached his first NBA game.

The season began, and like many teams that have been hurriedly assembled and thrown out on the floor, the Cavs struggled during the first half of the season.

The offense didn’t flow like how many dreamed it would in the offseason, and the defense was a train-wreck.

LeBron was playing some of the worst ball of his career and many began loudly wondering whether or not his best days were behind him. Love, while struggling with back issues for most of the season, was pegged as a guy who got numbers on a bad team, but struggled when moved to a successful one. Kyrie Irving, quietly having his best professional season, was loudly criticized for not being a “pure point guard” (as if such a thing really exists anymore).

And who was to blame for all of this? Why David Blatt of course.

With the team’s early struggles combined with Blatt’s prickly off-court interactions with the media, the Cleveland coach was an easy target for much of the criticism thrown at the Cavs.

At the point when the team was at rock bottom, LeBron returned from his two-week sabbatical and general manager David Griffin made the trades for J.R. Smith, Iman Shumpert, and Timofey Mozgov. The team finished their season 34-9 and won the first two postseason series against the Boston Celtics (4-0) and Chicago Bulls (4-2).

And who gets credit for this? LeBron James and occasionally Kyrie Irving.

And herein lies the inherent problem facing David Blatt. He is seen as largely responsible for the team’s failures and not its successes.

This is not intended to belittle the players. They play the games, and the ups and downs of the team can be directly linked to their actions.

Meanwhile the impact on an NBA coach is harder to measure. One of my favorite quotes regarding NBA coaching compares coaching to movie soundtracks: they are largely invisible unless they are very good or very bad. It is in this muddled grey area that Blatt resides.

His offensive schemes leave much to be desired (the Cavs led the league in offensive isolations) and his inability to effectively incorporate Love has been well documented. But few talk about what Blatt has done right so far this season.

Blatt’s rotations, often the Achilles heel of bad coaches, have been as good you could hope for in a first year head coach. Furthermore, he has been able to adjust game to game in the playoffs, winning out over rival coaches Brad Stevens and Tom Thibodeau. He has been able to effectively incorporate LeBron and Kyrie together in the offense, instead of the “my turn – your turn” approach LeBron and former teammate Dwyane Wade often implemented back in Miami.

Finally, in the crowning achievement so far in his short tenure with the Cavs, Blatt has gotten his role players to play above and beyond expectations. Smith has been playing within the team concept, Shumpert has become an effective “3 and D” player, Mozgov is playing like a 90’s era defensive center, Tristan Thompson is becoming a folk hero in Cleveland, and Matthew Dellavedova just outplayed Derrick Rose in an elimination game in Chicago.

That motley crew of cast offs and role players just overcame a Bulls squad featuring Derrick Rose, Pau Gasol, Joakim Noah, Taj Gibson, Jimmy Butler, all coached by a defensive guru in Thibodeau. Not only that, but they succeeded without Love, or a healthy Irving.

If the totality of that accomplishment isn’t evidence of Blatt’s coaching ability, then I don’t know what else you’re looking for. Is he a top three coach in this league? No. But he has shown promise, and if he is allowed the time to grow along with this team, he may end up surprising some of his critics.

So however the Cavaliers’ season ends, in championship or in defeat, there’s one member of the Cleveland Cavaliers who may have already lost, whether or not he actually deserves to.