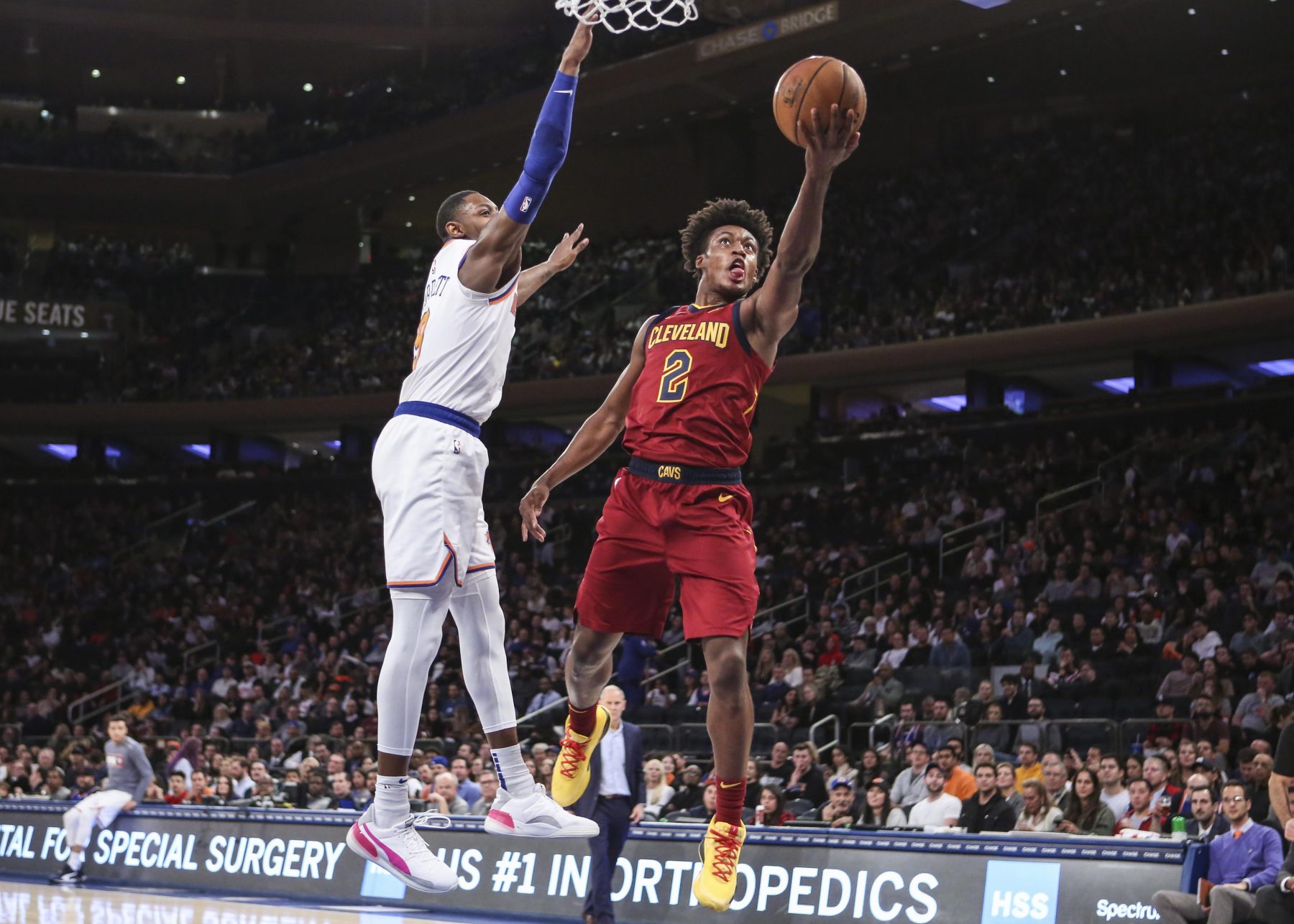 On Sunday, the Cleveland Cavaliers collected a relatively easy 108-87 road victory over the New York Knicks to improve their record to 4-5.

Following the game, the 2-8 Knicks’ early-season struggles were apparently enough for their team owner, James Dolan, to order members of the team’s front office to hold a press conference.

Frank Isola of The Athletic wrote that Knicks team president Steve Mills and general manager Scott Perry tried after the game to express their frustration with the slow start, while still displaying confidence. That unscheduled meeting with the media apparently came in the wake of a halftime discussion between Dolan and Mills.

“What Mills didn’t say is that he and Dolan spoke at length during halftime of the blowout loss and, according to one source, Dolan told Mills he was ‘disappointed’ with the team’s 2-8 start,” Isola wrote. “The same source said that Dolan ordered his top basketball decision-makers to address the media after the game, which is highly unusual but interesting nonetheless.”

The Cavaliers held a 54-36 halftime lead when the apparent meeting between Dolan and Mills took place. One week earlier, the Knicks lost 113-92 at home to the Sacramento Kings, who currently have a 3-6 mark. The combination of those two performances and the franchise’s continuing futility was likely the spark for Dolan’s alleged demand.

Mills speaking with the media was something out of character for an individual who rarely makes himself available. That absence has been especially evident during times when the Knicks are struggling.

Those struggles have been going on for the Knicks for an extended period. Over the past six seasons preceding the 2019-20 campaign, the team has only managed to collect 163 wins and is coming off its second 17-win season during that stretch. Many of the problems connected to the team have been directed at Dolan’s leadership.

In contrast to that chaos, the Cavaliers managed to win their second consecutive road game and now stand just one win away from evening their record on the year. While they’ll no doubt experience plenty of ups and downs over the course of this season, they have building blocks in place to take steps toward improvement.

The next step the Cavs will take will offer a much stiffer challenge than the Knicks. That comes on Tuesday night when they face the 6-3 Philadelphia 76ers on the road.