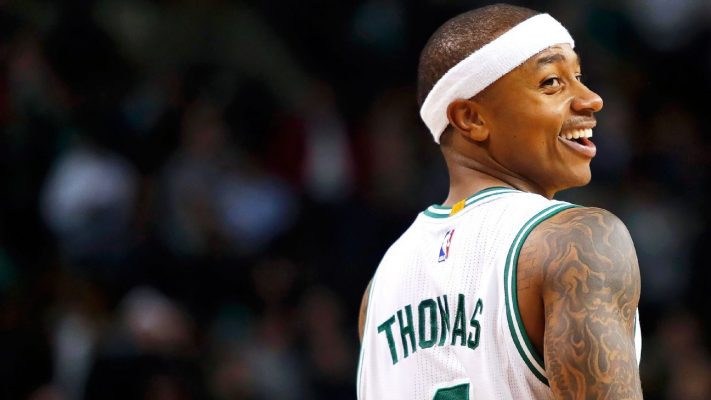 It looks like the Cleveland Cavaliers’ potentially newest additions have already embraced the Cavs’ culture wholeheartedly.

Josh Okogie and Jae Crowder getting some Sunday work in yesterday. Pros are on campus here at Tech every single day. #Atlanta pic.twitter.com/gUdhIMBfMI

In addition, All-Star point guard Isaiah Thomas was spotted playing with the Cavs in the popular video game NBA 2K17 beating none other than his most likely former team, the Boston Celtics.

The reason the Celtics are being referred to as Thomas’ “most likely” former team is because the Cavs can void the trade that sent point guard Kyrie Irving to the Celtics in exchange for Thomas, Crowder, Ante Zizic, and Brooklyn’s 2018 first-round draft pick.

Both Crowder and Thomas are expected to be win-now assets for the Cavaliers, however, with Thomas’ health now in question, that tally could be narrowed down to just one once the blockbuster trade involving Irving is finalized.