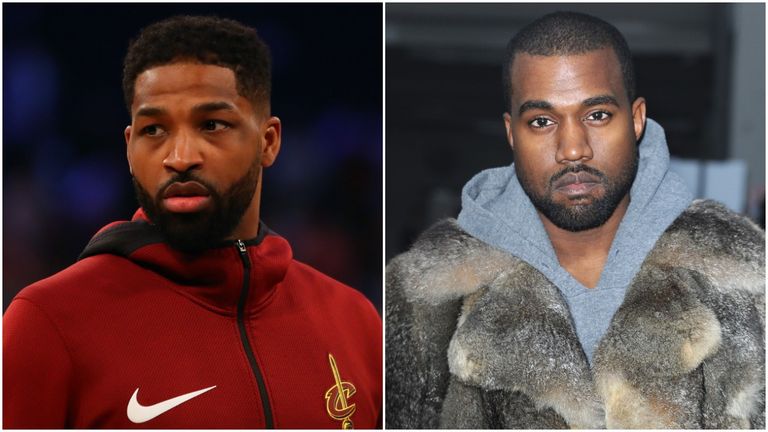 Cleveland Cavaliers center Tristan Thompson reportedly had a heated argument with Kanye West during the birthday of the NBA player’s daughter, True.

The incident was caught on camera and was revealed on Sunday during the Season 17 premiere episode of “Keeping Up with the Kardashians.”

According to West, Thompson did not take kindly to the fact that West’s song “Runaway” was used in a teaser for the show. The song tells the story of the multi-platinum recording artist’s shameful past of cheating in his relationships prior to meeting his current wife.

“He didn’t like the ‘Runaway’ intro,” West told his wife. “He felt like we were using my music to reinforce his narrative.”

Later, West told Khloe Kardashian about the argument he was having with Thompson.

Unfortunately, Thompson was not wearing a microphone during the party. The episode ended with Kardashian upset with her sister and brother-in-law as she was trying her best to keep True’s party free from any drama involving Thompson.

Thompson’s relationship with his ex-girlfriend was strained after he had cheated on her with Jordyn Woods, which eventually led to their breakup.

Needless to say, Thompson’s efforts at winning over Kardashian hit a huge bump after this confrontation with West. The Cavs player had purportedly tried to kiss her during an earlier meeting but his advances were rejected by the actress.

Reconciliation with Thompson’s family could still happen, but after a disastrous showing at his daughter’s party, it will likely take more time than he expected.