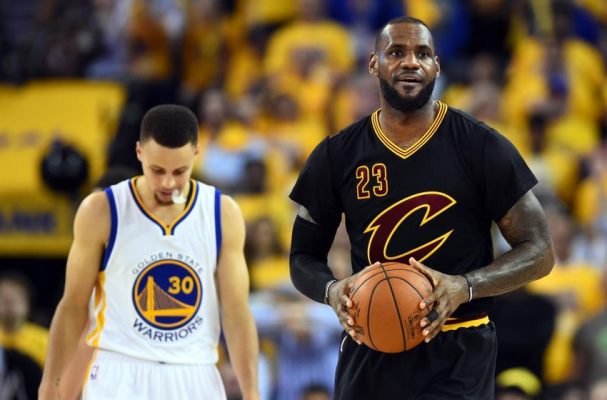 Overcoming a 3-1 series deficit in a playoff series, let alone the NBA Finals, is exceedingly difficult.

Not only does the underdog have to dig deep, but the opponent also needs to experience some sort of mental breakdown.

On a recent episode of “Inside the Association,” Iman Shumpert told Shams Charania the moment when LeBron James knew the Golden State Warriors would suffer such a letdown in the 2016 championship series.

.@imanshumpert told @ShamsCharania the origin behind @carmeloanthony's "3 to the head": Rasheed Wallace.

Also: The moment LeBron James told the Cavaliers in 2016 Finals: "(The Warriors) are defeated", and much more. pic.twitter.com/yH0GlDcNoy

“We were either headed to Game 5 or from Game 5, but we were sitting on the bus, and Bron said, ‘They defeated. They don’t wanna come back here. They know if they don’t get it done in Cleveland, we coming back here and they’re gonna lose. I can see it in their face. Nobody wants to deal with that pressure,’” Shumpert said when asked when the Cleveland Cavaliers knew they were going to come back and win the series. “Bron starts going into his experiences. ‘I’ve been here. I’m telling you, they can’t respond to that. Nobody could respond to that. Being down 3-1 is too much.’ He just started putting this in our mind that this is how this is gonna go, and you’re gonna believe me because I’ve been through it, and I think when he did that, everybody calmed down and we started to feel like we damn near had an advantage being down.”

The Warriors of the past five years were no doubt one of the more accomplished teams ever.

But even though they won three NBA titles and reached the Finals five straight years, there’s a feeling among some that their accomplishments are a little deceiving.

One may point to the fact that Kevin Love didn’t play in the 2015 championship series, and Kyrie Irving missed almost the whole series when the Warriors won it all.

Add to that the Cavs’ miraculous comeback the following year against basically the same Warriors team, and some may argue that Golden State’s 2015 title isn’t all it’s cracked up to be.

The fact that the Warriors blew Game 7 of the Finals on their home court only further hurts their argument as one of the truly dominant teams of all time.