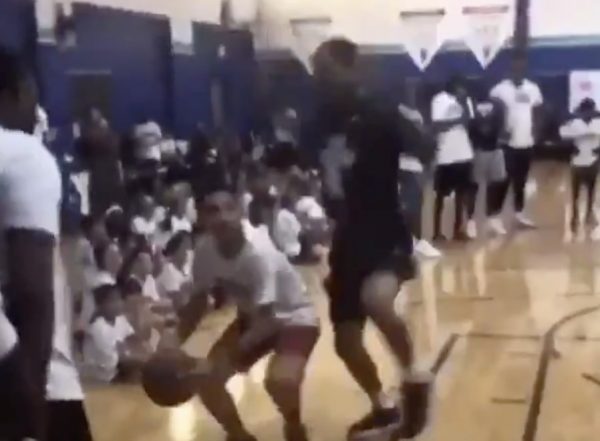 Cleveland Cavaliers guard Jordan Clarkson is as confident as he is competitive. That being said, when he saw a video of himself getting crossed up by a young hooper, he couldn’t help but enjoy it.

It’s no doubt impressive to see such a young kid have moves like that. While it’s likely that Clarkson could have locked him up on defense if he had wanted, it’s also quite likely that he enjoyed seeing the whole gym erupt for the youngster.

Based on the video, Clarkson was attending some kind of summer basketball camp.

Hopefully, the young child who got the better of the Cavs star will now be inspired to continue striving for his basketball dreams.

By the looks of it, he might just have the talent necessary to achieve them.