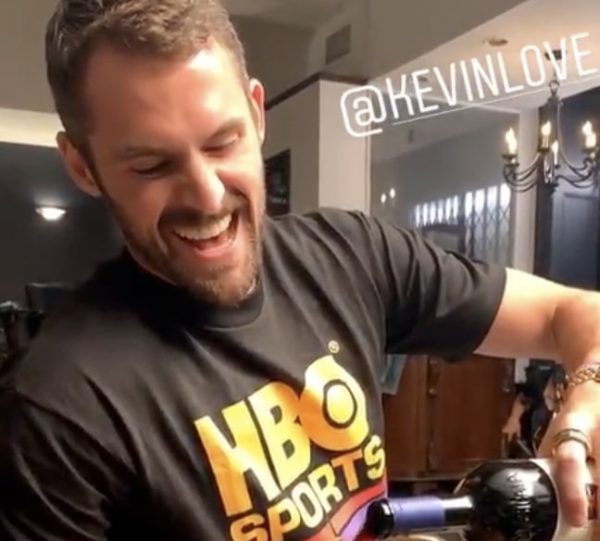 Cleveland Cavaliers forward Kevin Love has had a busy offseason away from the court, which has included traveling all over the world and engaging in some of his favorite activities.

In the wake of Portland Trail Blazers guard C.J. McCollum’s new contract extension, one social media video surfaced of Love, a Portland, Ore. native, taking time out of his busy traveling schedule to pour some wine for McCollum in celebration.

News of McCollum’s three-year extension broke on Tuesday, with the total value of the contract being $100 million. That deal came shortly after the Blazers signed McCollum’s backcourt mate, Damian Lillard, to an extension.

McCollum, who grew up in Canton, Ohio, has played six seasons with the Trail Blazers and has had four consecutive seasons of averaging over 20 points per game. Last season, he averaged 21.0 points, 4.0 rebounds, and 3.0 assists per game.

McCollum is considered to be one of the league’s top three-point shooters, connecting for 823 during his NBA career at a rate of 40.1 percent.

Love also is set to begin playing under a new contract, having signed the deal last year. He’s hoping to avoid the injury problems that limited him to just 22 games for the Cavaliers during the 2018-19 season.

After news of McCollum’s extension was announced, Love offered a congratulatory tweet. That tweet and this video are likely to spark further trade speculation about Love possibly being sent to Portland sometime in the near future.

While the Cavaliers have largely dismissed such talk, another slow start could make them change their mind.