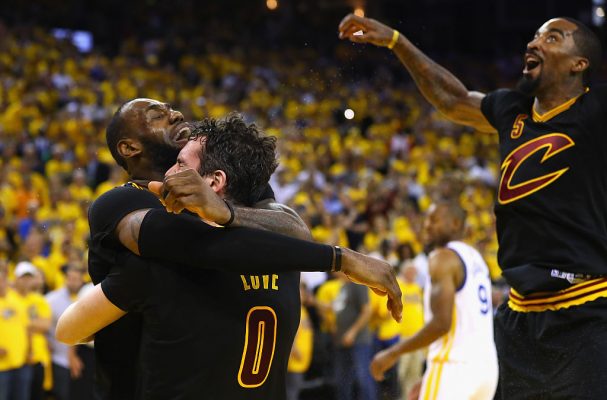 Veteran shooting guard J.R. Smith’s career with the Cleveland Cavaliers officially came to an end earlier this week when he was waived by the team.

On Wednesday, his former teammate Kevin Love posted to Instagram to show off his version of FaceApp’s old age feature.

In the post’s comments section, Smith couldn’t help but comment on Love’s hilarious shirt. That response prompted an internet troll to lash out at Smith for his miscue in Game 1 of the 2018 NBA Finals.

It didn’t take long for Love to cover his former teammate’s back. 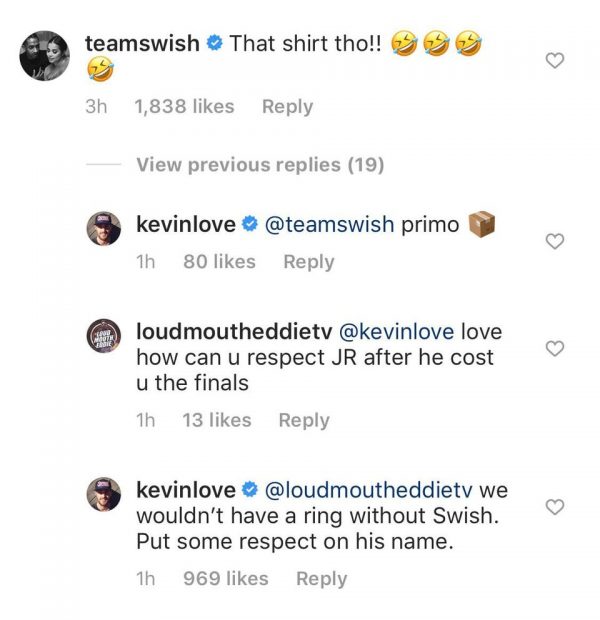 There is no doubt that the blunder Smith committed at the end of Game 1 back in that series is seared into the mind of Cavs fans everywhere.

There is also no doubt that Smith played a pivotal role in the historic 3-1 comeback the Cavs completed in the 2016 NBA Finals.

In that series, Smith averaged 10.6 points, 2.7 rebounds, and 1.6 assists per game. He also played the third most minutes in the series behind only LeBron James and Kyrie Irving.

Keeping those facts in mind, it is a valid to say that the Cavs would not have been able to mount the incredible series comeback without Smith’s contributions on the court.

Either way, it’s clear that Love and Smith have nothing but love for one another. In the end, that’s all that really matters.