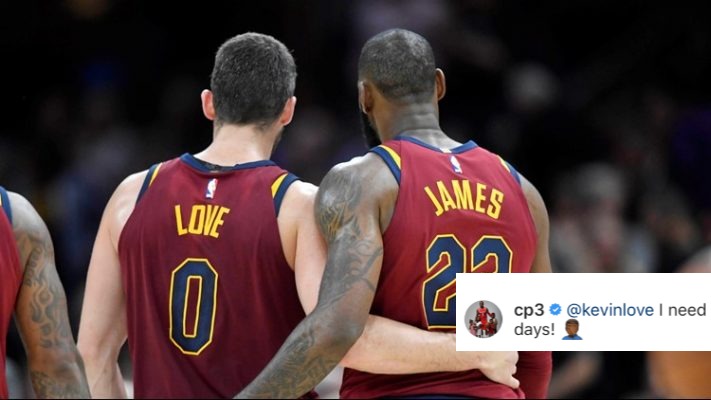 NBA players are some of the most dedicated athletes when it comes to fitness and diet, but with the 2018-19 season finally over, many of them can afford to cheat on their strict health programs once in a while.

That’s what Cleveland Cavaliers star big man Kevin Love just did, as he posted his meal for the day on his Instagram account.

Sunday Brunch @ Sadelle’s. Gotta allow yourself a cheat meal every once in a while. Good for both your mental and physical. List your go to binge below ??????#bringbackfatkevin Oh, and @pr_rwtw good looking out on the ?? 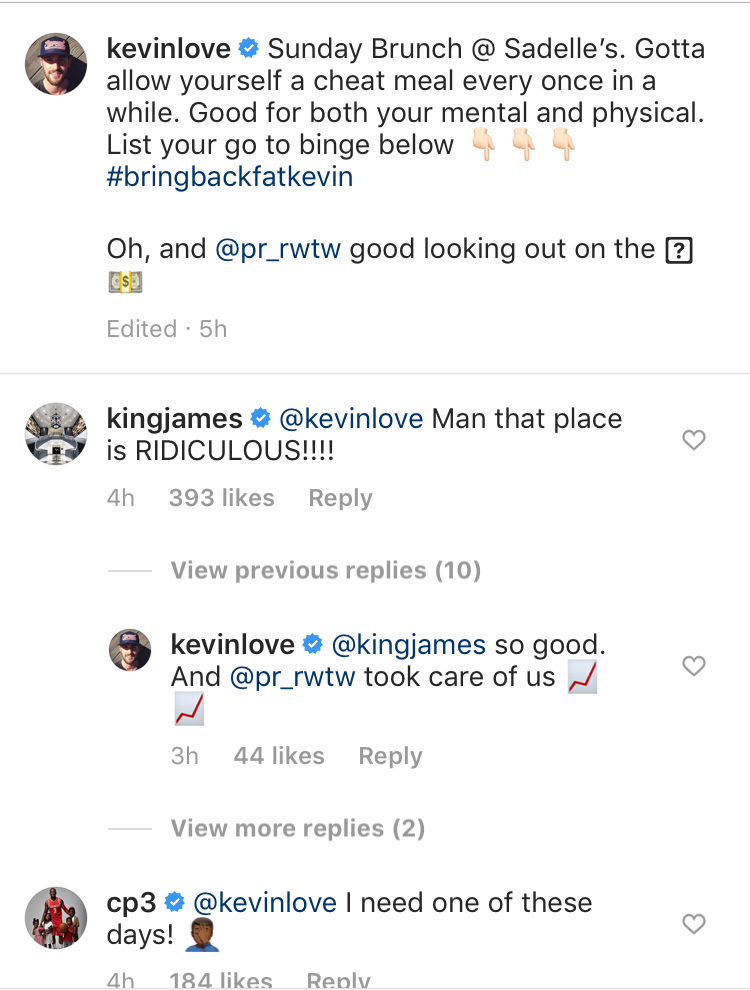 What’s especially funny about Love’s post is his hashtag #bringbackfatkevin, which is a throwback to his heavier playing weight in college and during his first few years in the league with the Minnesota Timberwolves. He weighed in at 270 pounds back then, but later trimmed a lot of the excess baggage to be able to compete better defensively.

Of course, it’s doubtful that Love would consider going back to his heftier self particularly now that mobile big men are in demand. He’s already 30 years old and his knees likely can’t carry that much mass any longer.

Even so, Love can afford to spoil himself a little bit with the 2019-20 season still a few months away. Surely, that indulgence feels even better when you’ve got your friends’ support.