Report: Cavs to Work Out Forward De’Andre Hunter Next Week 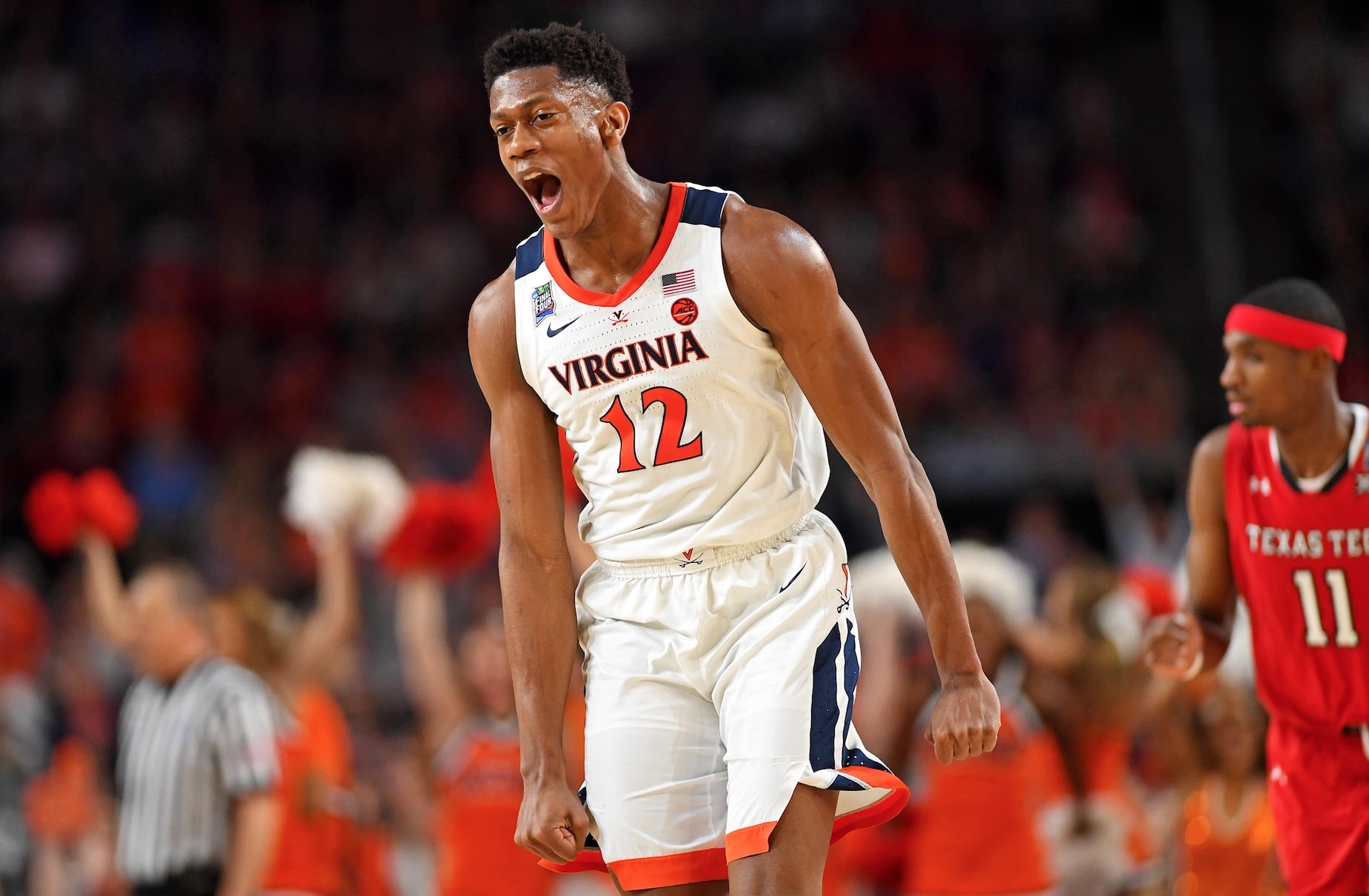 The 2019 NBA Draft is nearly upon us, and the Cleveland Cavaliers are making sure to use the time they have left wisely.

According to a Friday report, the Cavs are expected to bring in University of Virginia product De’Andre Hunter for a workout.

“In the final days before the 2019 NBA Draft, the Cleveland Cavaliers will bring Virginia’s 6-foot-7 forward De’Andre Hunter to town for a workout and interview, sources told cleveland.com,” Chris Fedor wrote.

“The specific day and time has not yet been finalized, but it is likely to take place either Monday or Tuesday. Hunter’s schedule combined with Cleveland’s will be the determining factor. The draft is Thursday, June 20, and the timing could allow Hunter to make a final impression.”

Hunter was a sophomore on the Cavaliers squad that won the 2019 NCAA tournament.

He’s also known as a strong defender, something the Cavs could certainly benefit from.

There have been rumors that the Los Angeles Lakers, who currently possess the No. 4 overall pick may be interested in drafting Hunter. However, recent reports seem to indicate that the Lakers are attempting to package that pick with a trade to the New Orleans Pelicans for All-Star big man Anthony Davis.

Given the fact that the Pelicans are expected to draft forward Zion Williamson with the No. 1 overall pick, Hunter could very well end up being available for the Cavs to select with the No. 5 pick.

At the moment, it’s hard to know what is going to happen once the draft finally arrives. By bringing Hunter in for a workout, it seems clear that the Cavs are committed to being as prepared as possible once draft night finally arrives.