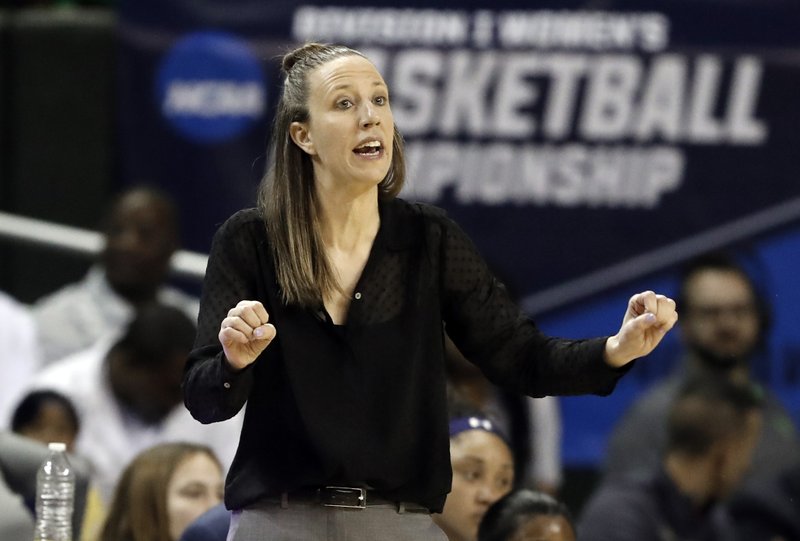 The Cleveland Cavaliers made history by hiring Lindsay Gottlieb as an assistant coach.

She’s the first female collegiate head coach to be hired for a coaching gig in the NBA, and she will work closely with coach John Beilein in guiding the Cavs back to respectability beginning with the 2019 NBA Draft next week.

According to Cleveland.com’s Chris Fedor, Cavs general manager Koby Altman stunned her with “an offer that she simply couldn’t get out of her head.”

Gottlieb led the University of California, Berkeley to seven NCAA Tournament appearances as well as a Final Four appearance.

It was a difficult decision for the 41-year-old Gottlieb to leave the friendly confines of college basketball.

“The Cavs put forth something that I hadn’t heard anyone else thinking about doing — wanting a sitting college coach to add value to their staff,” Gottlieb told reporters on Wednesday. “The idea that in Cleveland the notion is to win by building culture, developing players and growing together as a unit, all of those things really spoke to me. It’s an Incredibly forward-thinking way of saying ‘For us to be as good as we can be we need different people with different thought processes.’ They really value what I’m going to be able to bring to the table.”

For Gottlieb, her dream job to coach in the NBA has just begun.