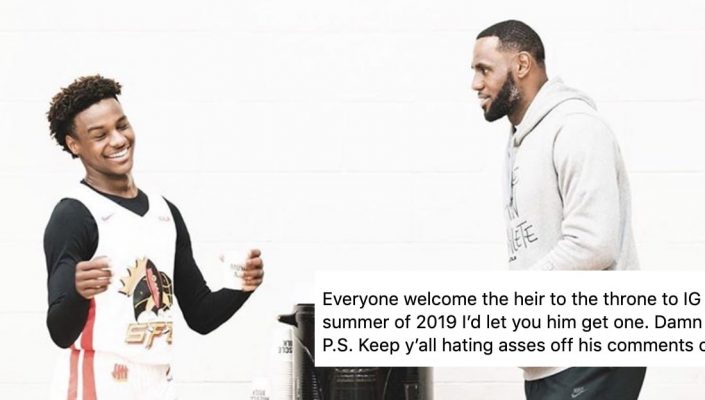 LeBron James is a father who keeps his promises to his children. This was evident after he finally allowed his eldest son, LeBron James Jr., to have his own Instagram account.

LeBron James shortly after showed his protective side by making sure that his son is spared from the venom being spewed out by the haters and trolls on social media.

He also made sure to warn those who would dare to hate on his kid.

Everyone welcome the heir to the throne to IG @real_bronny! Told him 3 years ago the summer of 2019 I’d let you him get one. Damn time flies! Hahaha! Anyways let’s get Bronny! P.S. Keep y’all hating asses off his comments or we pulling up‼️‼️

The 14-year-old LeBron James Jr. is showing signs of becoming a future NBA star and the media hype around him is already growing by leaps and bounds.

His Instagram fame will likely grow at a similar pace. Less than 24 hours after he created his profile, he had already compiled nearly 1 million followers.

Hopefully for their sake, none of those new followers plan on hating on the talented youngster.