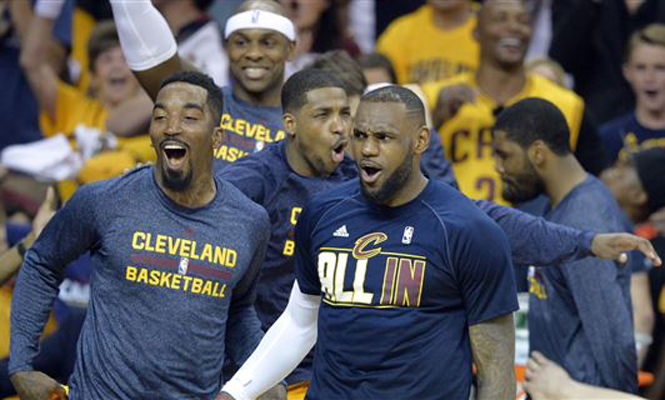 Immediately after the Cleveland Indians clinched a spot in the World Series by winning the American League pennant, the Cleveland Cavaliers’ LeBron James paid tribute to the team by posting a video of the final out and subsequent celebration on his Instagram account.

The victory means that downtown Cleveland will be an incredibly busy place next Tuesday, since the Cavaliers open their season with an 8 p.m. contest at Quicken Loans Arena. That first game will be preceded by the presentation of championship rings and the unfurling of a title banner.

Right next door, Game 1 of the World Series will take place as the Indians host either the Los Angeles Dodgers or Chicago Cubs, approximately 30 minutes later.

After James and company ended a 52-year drought of major league championships in the city of Cleveland, the Indians now have a chance to make it two titles in less than five months.