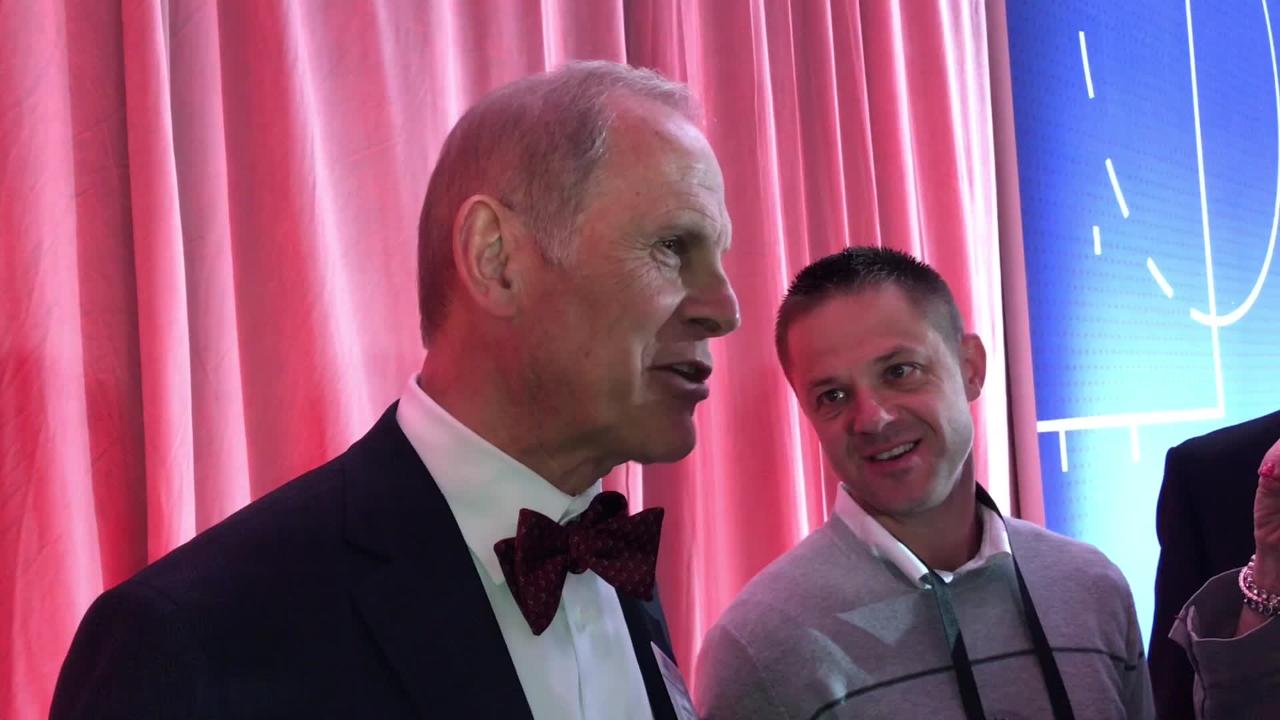 New Cleveland Cavaliers head coach John Beilein is already jumping feet first into his new role with the team, joining members of the organization at the NBA lottery in Chicago.

On his first full day on Tuesday, he made sure to introduce himself to every member of the team by speaking with them by phone.

Joe Vardon of The Athletic looked at the aftermath of the lottery, in which the Cavs obtained the fifth overall pick, and noted Beilein’s strong visibility at the event:

“Then, there’s John Beilein, the Cavs’ new coach. He strode around the Hilton Chicago hotel in a bow tie and blazer. He shook a million hands. He said he called all the Cavs by phone Tuesday, and name dropped [Kevin] Love.”

Beilein is a first- time NBA coach at the age of 66, but has had success at each stop of his lengthy career. His willingness to immediately get to know his players will hopefully dispel any concern about his ability to connect with young players. However, his past success on the recruiting front likely made this effort much easier.

Despite the fact that the Cavaliers weren’t able to get either the top pick in the draft or any of the first three slots, Beiling remains confident:

That positive approach came in the wake of others in the league offering congratulations, specifically citing a compliment from Boston head coach Brad Stevens.

Beilein’s immediate challenge is to jump-start the rebuilding of a franchise that went from four straight finals appearances and an NBA title to a 19-63 record last season. First impressions seem to indicate that he’s ready to put forth the effort.