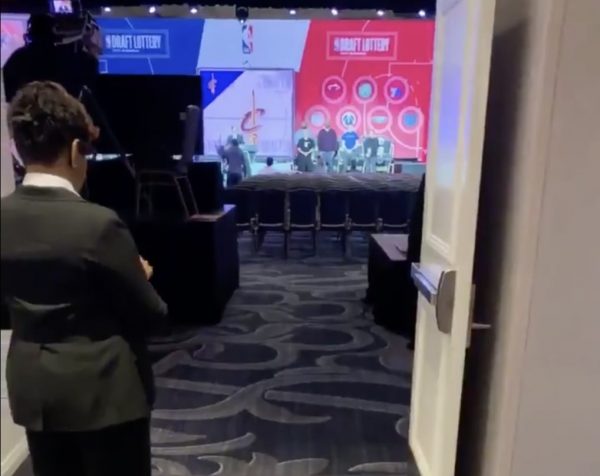 Cleveland Cavaliers fans are of course hoping to win the No. 1 overall draft pick in tonight’s NBA Draft Lottery. During ESPN’s rehearsal ahead of tonight’s lottery broadcast, however, the Cavs ended up landing the No. 4 overall pick in the draft.

FWIW – just caught the ESPN rehearsal for tonight’s NBA draft lottery. Rachel Nichols and Mark Tatum announced Phx as the winner. Hopefully this isn’t a sign of what’s to come.

As the tweet indicates, this is simply a rehearsal for the broadcast that will take place later this evening, but there is also no indication that this is not how the balls will bounce during the real thing.

If the Cavs do end up with the fourth overall pick, it would be a devastating end to what was a tough 2018-19 season.

While there is talent after the presumed top three picks, those players are seen as far less promising prospects compared to the top three talents in the draft which is made up of Zion Williamson, Ja Morant, and R.J. Barrett.

Hopefully this rehearsal is not an indication of what is to come for the Cavs this evening. If it is, the 2019-20 season may not be all the different from the one Cavs fans just endured.