Report: Celtics Teammate Tears Kyrie Irving Apart: ‘He’s Hard to Play With, It’s All About Him’ 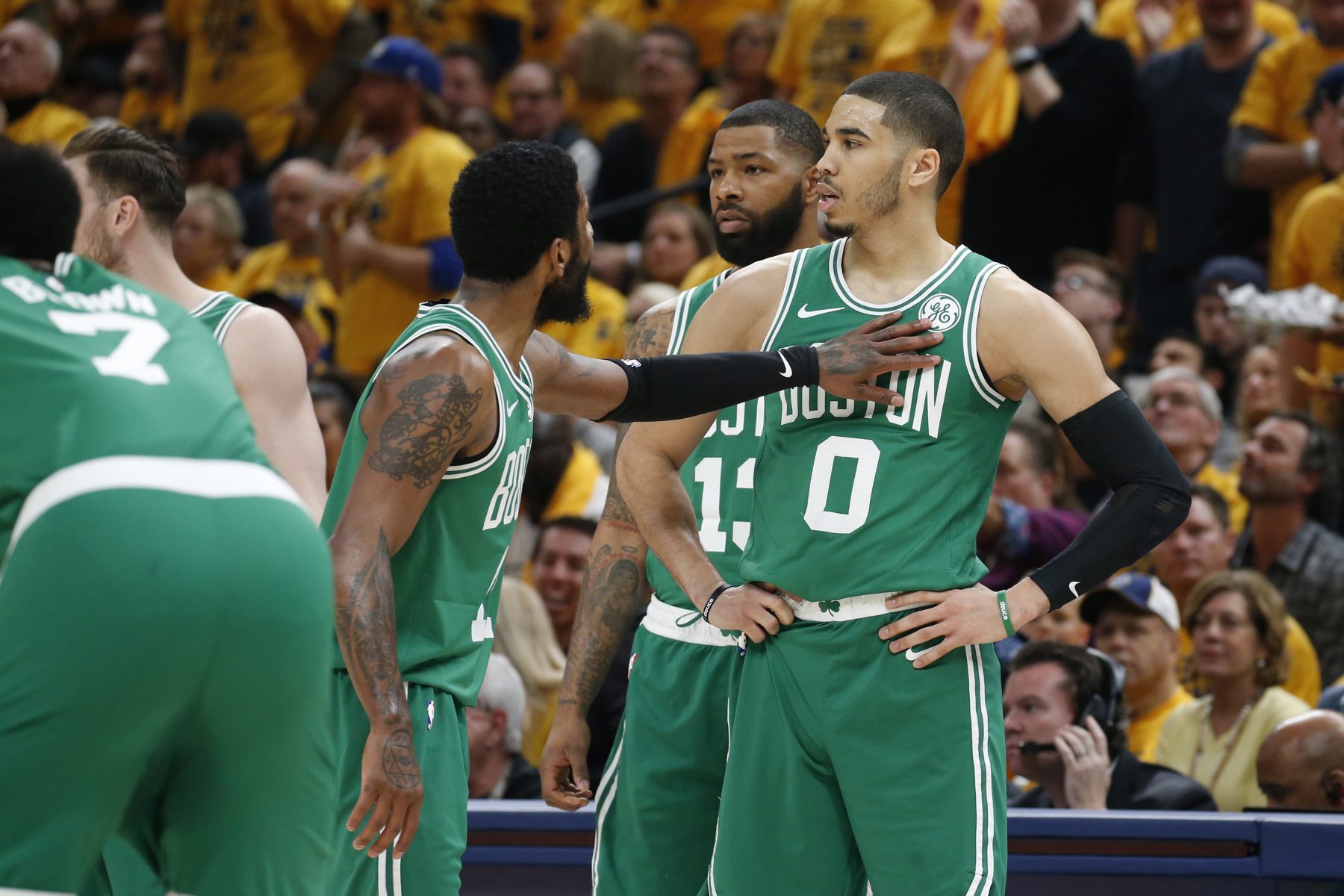 The basketball abilities of former Cleveland Cavaliers point guard Kyrie Irving are undeniable and have helped him become one of the best at his position.

However, a new report indicates that one of his current teammates with the Boston Celtics is less enamored with the veteran’s selfish personality.

Jeff Goodman of Stadium.com looked at how Irving’s inability to connect with both his teammates and head coach Brad Stevens resulted in issues that led to the Celtics’ second-round playoff exit:

“Irving was a chemistry-killer with no semblance of leadership qualities who would call out his younger teammates publicly and even do the same with his coach.

“‘Everyone respects his talent,’ one Celtics player told me earlier this season, ‘but he’s hard to play with. It’s all about him.’”

One of the reasons that Irving’s ability to mesh with the Celtics is being closely looked at is because of his pending free agent status. While he indicated last fall that he would re-sign with the team, he has since backtracked on that pledge, with the team conceivably content to simply let him walk away.

Irving’s performance in the five-game series against the Milwaukee Bucks was a study in contrasts. In the opening win on the road, he put together a strong effort, but then fell apart in the four losses that followed. In those latter contests, he shot just 25-of-83 (30 percent) from the field and 5-of-27 (19 percent) from beyond the arc.

The selfishness attributed to Irving was on display following the Game 4 loss, when he deflected any blame after connecting on just seven of his 22 shots from the field:

Irving’s inability to take responsibility for any problems, coupled with the tremendous young talent the Celtics still have at their disposal, could make them more inclined to let him sign elsewhere. If that takes place, a likely landing spot for the veteran could be either in New York or Brooklyn, though a possible reunion with LeBron James in Los Angeles has also been seen as a long shot.