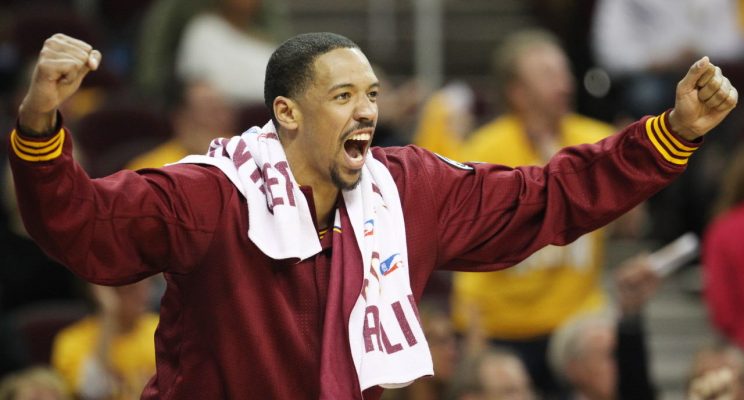 Though Channing Frye’s NBA career is in the books, there’s nothing stopping him from reliving some of the glory moments.

One of those glory moments includes winning the 2016 NBA Finals with the Cleveland Cavaliers after falling down 3-1 to the Golden State Warriors. The Cavs fell to 3-1 after a tough Game 4 loss, and when a fan took to Twitter to ask what the mood was like in Cavs’ locker room after that game, Frye had a perfect response.

Have you ever tried to will a win so much you started to sweat blood….. https://t.co/aP3PyiNipw

With their backs’ against the wall following a 108-97 loss, the Cavs went on to win three straight games and bring a title to Cleveland.

In an era of the NBA that has been dominated by the star-studded Warriors, the Cavs’ championship is not only remembered fondly by Cavs fans, but by NBA fans all around the league as well.

Now, as the Warriors are looking for an impressive three-peat, the Cavs are in the midst of a total overhaul. The Cavs are tied for the best odds to earn the first overall pick in the NBA draft. If they do end up selecting at the top of the draft, they will almost certainly select Duke University stand out Zion Williamson.

If that comes to pass, it may not be too long before the Cavs are once again competing for the league’s title.