Don't Miss
Home / Rumors / Report: Cavs Looking to Trade Number of Key Players If Not Signed to Extensions This Summer

Report: Cavs Looking to Trade Number of Key Players If Not Signed to Extensions This Summer 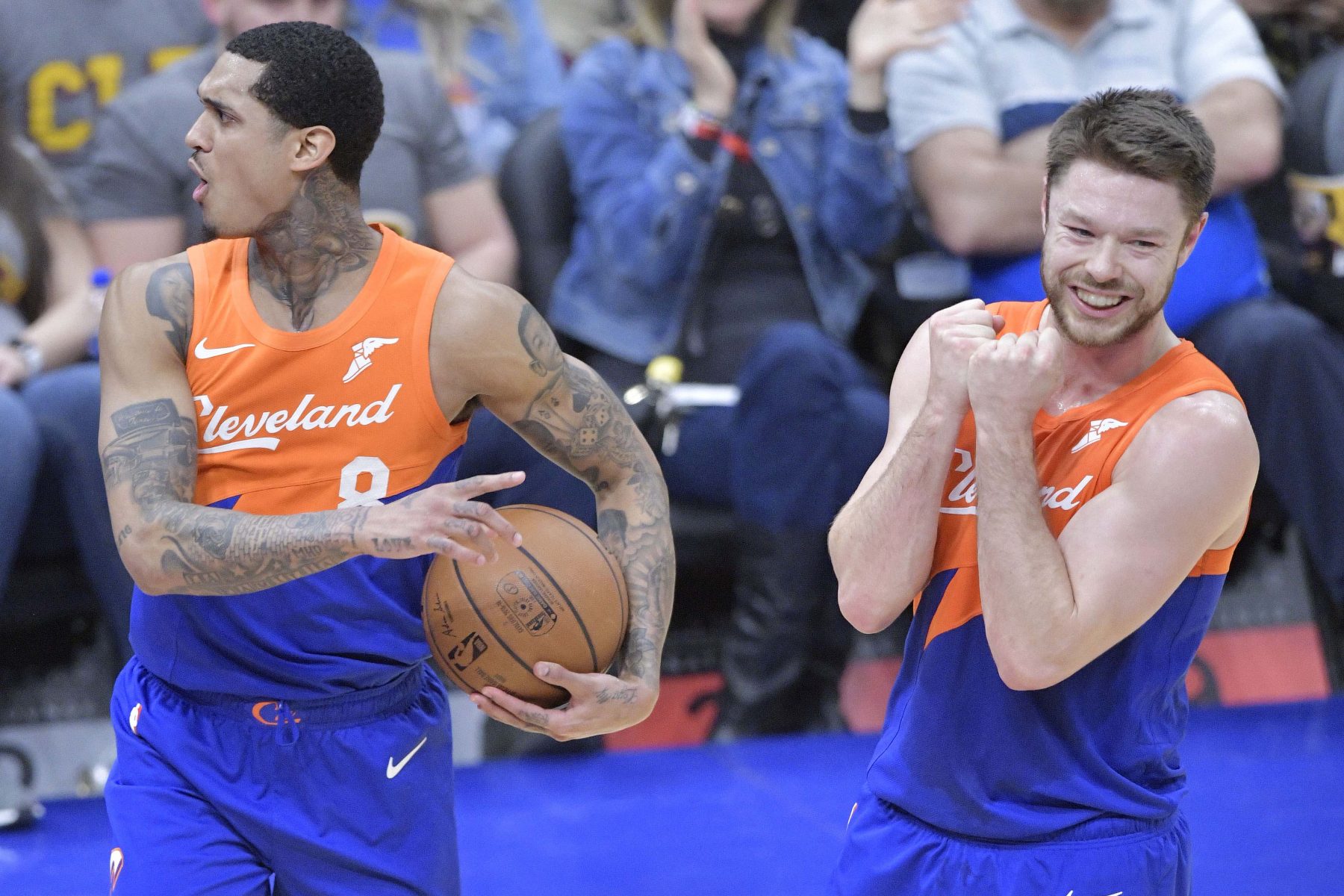 Rebuilding the Cleveland Cavaliers will take some time, with the reshaping of the team’s roster continuing into the 2019-20 campaign.

One new report notes that the contract statuses of five players currently with the Cavaliers could determine whether or not they are traded at some point next season.

Rather than have them walk away and the Cavaliers getting nothing in return, the team’s general manager, Koby Altman, could acquire future assets to move the rebuild along.

“Knight, Dellavedova, Henson, Jordan Clarkson ($13.4 million) and Tristan Thompson ($18.5 million) are all on expiring contracts — which means they’ll be unrestricted free agents in July 2020,” wrote Vardon. “If Altman doesn’t sign them to contract extensions this summer, they’ll probably all be traded by this time next year. In that side session I keep mentioning, Altman said NBA teams can create a combined total of 18 ‘max slots.’ We all agree, there aren’t 18 free agents worth max money this summer. Altman said teams who whiff in free agency might be interested in trading for an expiring contract this summer. He left the door slightly open to extend one or two of these players after a coach is hired and the draft is passed. Clarkson set a franchise record for bench points this season, and Thompson was the No. 4 pick in the 2011 draft. He’s been here since.”

Knight, Henson and Dellavedova were all acquired during this past season. Dellavedova is a fan favorite due to his previous stint in Cleveland, but averaged just 5.9 points per game this season. Knight isn’t likely seen as a building block due to his struggles to return from a severe injury.

Meanwhile, Henson didn’t play a minute after his acquisition because of injury.

Clarkson’s strong season figures to improve his negotiating stance, but the Cavaliers may not be willing to accept a high asking price. Still, his career-high numbers should make him more valuable on the trade market.

In the case of Thompson, he’ll be 29 years of age by the end of next season. The Cavaliers may not be inclined to give him the huge contract he received in 2015, given his often one-dimensional contributions on the glass. In addition, the fact that the once-durable Thompson has struggled with injuries the past two years is also likely to play a part in their considerations.

With the Cavaliers not having to worry about playoff pressures this year, they have time to ponder their options as they also look for a new head coach. No matter who ends up taking the reins in Cleveland, it seems clear that the fate of those five players and whether they continue to play in Cleveland will be decided at some point in the next 10 months.