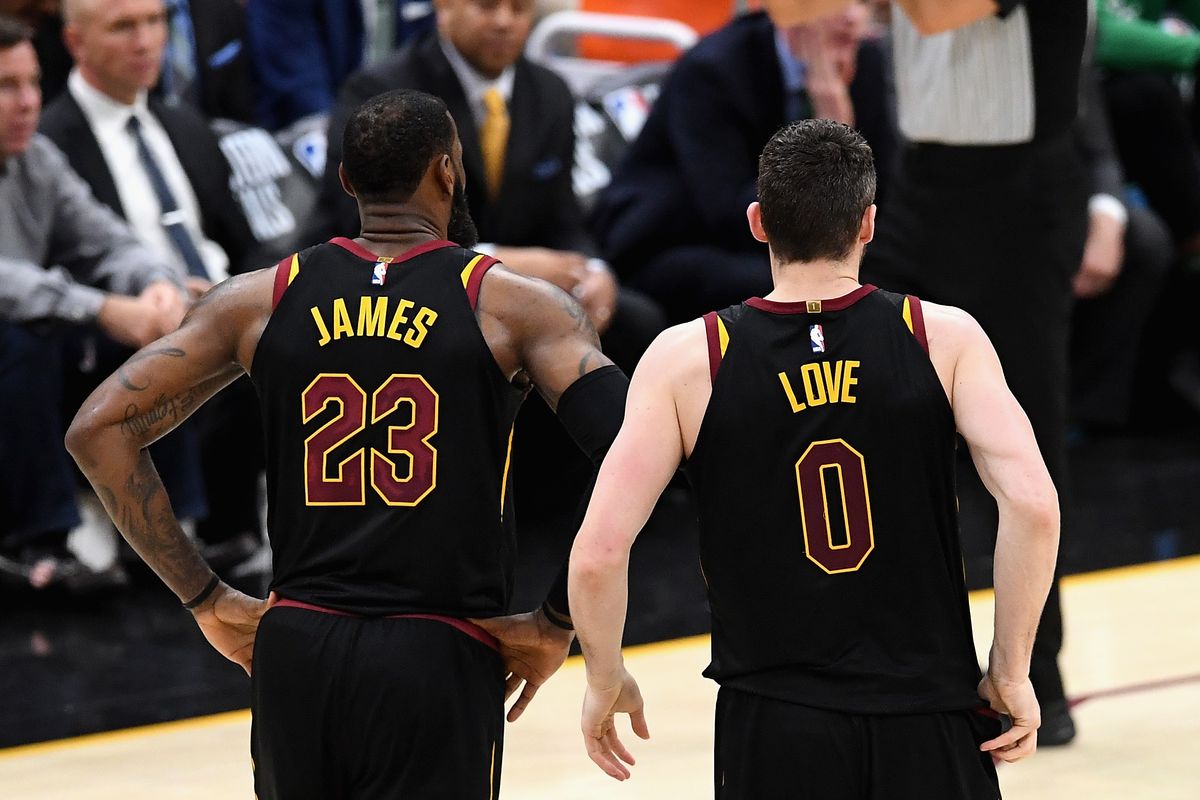 When the Cleveland Cavaliers were among the best teams in the league, media activity was understandably quite a bit more active than it is now.

While reporters made it their job to report on any potential divide within the star-studded Cavs’ locker room, LeBron James knew how to respond to any reports of locker-room drama.

Kevin Love spoke with Jason Lloyd of The Athletic and recounted James’ response to a time when Love’s words were taken out of context in a story.

“I’ll say this: This is something that I learned from Bron,” Love said. “It was a quick instance in the locker room. Something had come out and I hadn’t said it and hadn’t done anything or my words got taken out of context. I confronted him and said, ‘Just so you know …’ He said, ‘They aren’t dividing us. I know. I know.’ He’s 16 years in, this was like two to three years ago, that’s when I realized that so long as there is that trust and transparency, it shouldn’t divide a locker room. Because you can’t have so much noise. There’s only so many things you can think about in order to play your game. I think having a young locker room, even guys that are five years or less, having gone through it and being the Boston Celtics, being a team like that and Kyrie [Irving] trying to be a main leader, that’s a tough thing to juggle. But that’s always been part of professional sports. It’s part of it. It’s just the way it is.”

Now, Love, James, and Irving are leaders of their very own team. Interestingly, just one of those teams — Irving’s Boston Celtics — are currently in line to advance to the postseason. Neither James nor Irving have seemed very happy this season with their new squads.

Meanwhile, Love is finally back on the court after missing months due to his recovery from toe surgery. He’s averaging 18.4 points and 9.2 rebounds over his last four games, and is taking the role of team leader seriously both on and off the team.

While the Cavs’ 16-48 record might indicate that things aren’t going well, Love has clarified that everyone is having a good time in the Wine and Gold.

“It’s funny to say, it seems a little bit elementary, but we’re having fun,” he said. “We’re having fun playing together. Always fun to win. But we’re sharing the ball, moving the ball and we’re playing for each other. I think we’re making steps and strides in the right direction. I think it relieves attention from losing and just not accepting the losses.”

It looks like Love is falling into the role of team leader just fine.