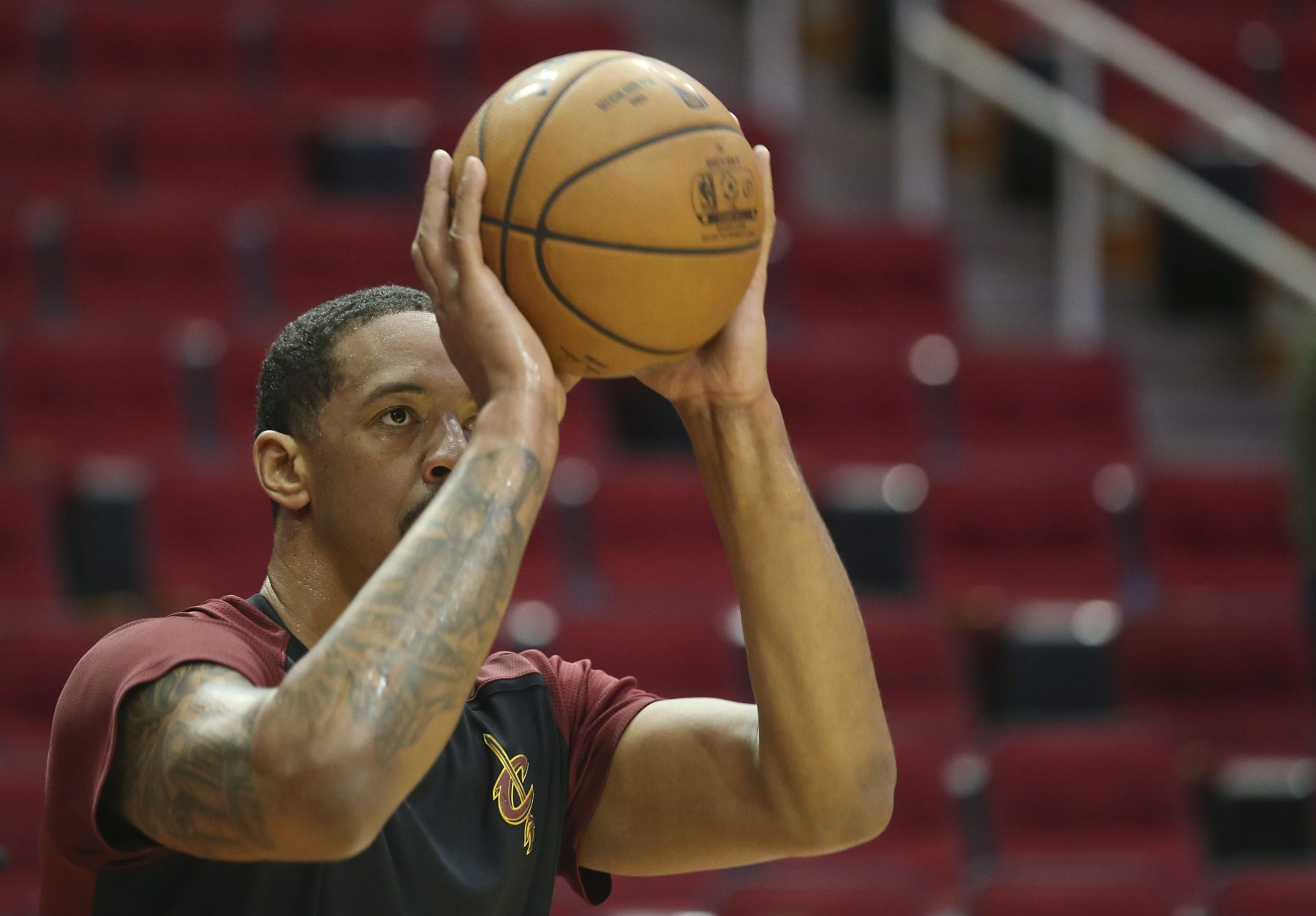 On Friday, Cleveland Cavaliers veteran big man Channing Frye announced his retirement, effective at the end of the regular season.

The 35-year-old’s decision didn’t come as a surprise, though he did offer insight into what triggered him to make the choice.

Frye indicated that his decision came during the week-long All-Star break and centered on his family:

“The straw that broke the camel’s back, I was on vacation. I went to Puerto Rico with my kids and I saw our best friends who live down there and their kids are 12, 11, 10. My son is eight now. I’m like, ‘I want to go his practice and not have to worry about my practice.’ I want to make time for them.

“What some of these young fellas don’t understand is your whole life is on a selfish bubble, what’s best for you, what you want to do. For me it took a while, but my dad instinct, and my husband and family guy kicked in. What can I do for my family? Money is awesome, but at this point I’ve had enough people either die or go away through relationships that couldn’t get kept up. That’s what’s most important, making something outside of basketball.”

Frye’s NBA career began as the eighth overall selection of the 2005 draft. The team that selected him was the New York Knicks, but he would also wear the jerseys of five other NBA teams, including two different stints with the Cavaliers.

Frye, who was a part of the Cavaliers’ memorable 2016 title run, re-signed with the team last year. Having a sense that he wouldn’t be playing much longer, he wanted control of his situation:

“I wanted to retire a Cav. I didn’t know what was going to happen this summer so I wanted to make sure I’m controlling my own destiny and going out the way I wanted to go out.”

This season, Frye has only seen action in 30 games and is averaging just 9.8 minutes per game. That status on a bad team heightened the expectation that he’d be retiring:

“Everybody knew it was coming. I wasn’t playing. I was sitting next to the coaches all the time. For me it was the natural progression of where it should go. I love basketball and I love being around, but also love that basketball always gave me a challenge. Right now my job and my job for however many years if I wanted to play, I would be more like a coach figure. I’m a competitor and I’m like, ‘OK, I want to help.’ But I also know there’s limitations to where this league is going or where this team is going. It’s not like, ‘Oh man, I deserve to play.’ It’s not like that at all.

“At the end of the day, you have to look at yourself and be like, ‘Is this what’s truly the right type of gas for the car you’re driving.’ For me, right now, this season, it’s on E. I have enough to finish out the season and I’m excited to do it with these guys. Over the course of this year, there have been some things that happened at the beginning that kind of crushed me a little bit and then just seeing the progression of these guys playing, how good they’ve gotten and how good they’re going to be in the next three or four years has been amazing. But that’s where my happiness is coming from, seeing other people doing stuff. For me, I have to look at what’s going to make me happy, my family happy and I think at the end of the year, I can wipe my hands and say I’m good. I’ve done enough and I think it’s the correct time to step away.”

Frye will be taking his time in determining what he does next:

“I want to be normal for a second. I’ve had somebody for the last, almost 22 years tell me, ‘You gotta wake up, you gotta work out, you gotta get better at this, you gotta do this.’ And for a second I just want to get used to being normal.”

When the Cavaliers do play their final home game on Apr. 9, the organization will be sure to recognize his contributions on the court. His status as a fan favorite will also ensure that he receives a rousing ovation when he leaves the court for the final time.