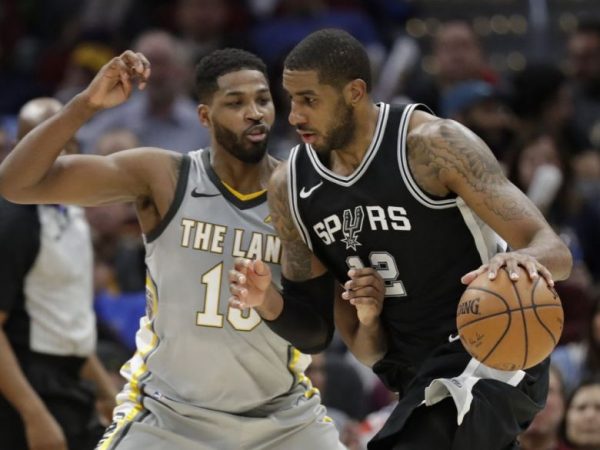 Two weeks away from the NBA trade deadline, there’s no secret that the Cleveland Cavaliers want to make some changes.

One of the potential Cleveland players on the trade block is Tristan Thompson, and the San Antonio Spurs may be frontrunners in the talks for the big man, according to a post from insider Sam Amico.

“Keep an eye on the San Antonio Spurs,” wrote Amico. “They have two first-rounders – their own and Toronto’s. They have an interest in Cavs center Tristan Thompson, though a deal would be tough given Thompson’s salary. He is owed $17.5 million this season and $18.5 million next.”

Despite the potential hurdles surrounding a Thompson deal, the veteran is clearly available, as Cleveland is looking to start a necessary rebuild.

Thompson may not be the only Cavs player drawing interest from the Spurs. Amico also reported that San Antonio may have an interest in Alec Burks.