Cleveland Cavaliers shooting guard J.R. Smith hasn’t suited up for an NBA game since Nov. 19, but NBA workout guru Chris Brickley believes that the veteran guard still has a lot to offer.

Brickley took to his Instagram story to show that Smith is staying sharp and staying in shape. 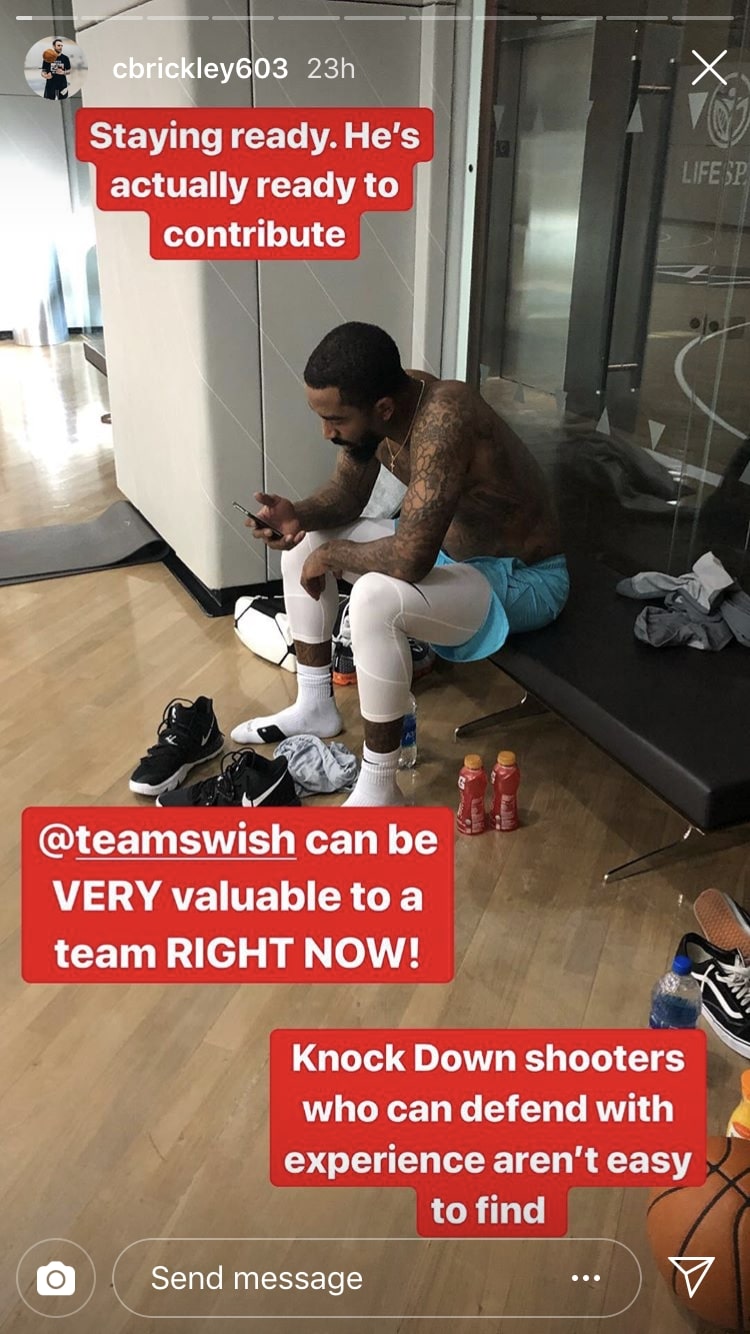 Smith and the Cavs parted ways back in late November. Since then, there have been multiple rumors and reports that teams around the NBA are interested in Smith, but a trade has yet to take place.

Based on this post, it seems Brickley is assuring teams around the league that Smith is ready and able to contribute whenever his number is called.

Smith was a beloved role player for the Cavs ever since he was brought to Cleveland back in the 2014-15 season, and it will be sad to see him go.

Still, it is nice to see that he is still working hard. Hopefully, any trade that does send him to another team will benefit not only the Cavs, but Smith as well.