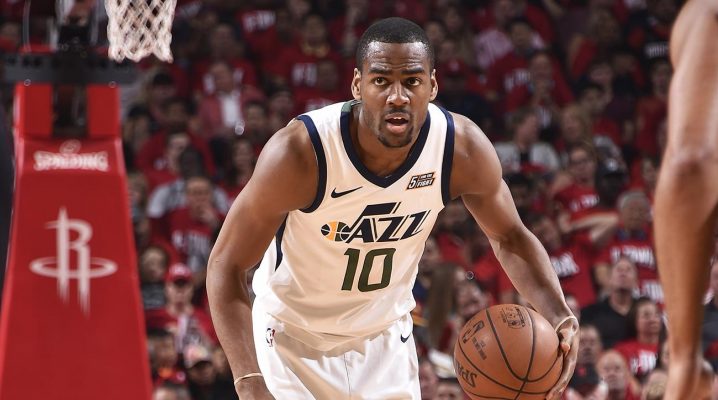 The newest member of the Cleveland Cavaliers, guard Alec Burks, appears to be happy joining a team that’s dropped 16 of their first 20 contests and is in the midst of a major rebuilding project.

A Deseret News source confirmed that Alec Burks is happy to be in a place with more consistent minutes for him. Burks is in good spirits and ready to turn the page because the rotation wasn’t working in his favor with 15.8 minutes per game. He is currently headed to Cleveland.

Burks was acquired by the Cavaliers along with a pair of future second-round draft picks from the Utah Jazz in exchange for veteran sharpshooter Kyle Korver. During his time on the court this season, he had been averaging 8.4 points, 1.6 rebounds and 1.2 assists per game.

Playing time for Burks during the 2018-19 campaign has been inconsistent, with four games of more than 20 minutes of action countered by six contests in which he’s played less than 13 minutes. Given the Cavaliers’ current situation, he’s likely to be afforded the opportunity to see more action in order to gauge his potential for the future.

The 27-year-old Burks is currently in his eighth season in the NBA and had spent his entire career with the Jazz prior to the deal. He was the 12th overall selection of the 2011 draft out of the University of Colorado, but had largely served in a reserve capacity for Utah, starting just 43 of his 382 career regular-season games.

Burks is in the final year of a four-year, $42 million contract and is making $11.5 million this season. He will be an unrestricted free agent at the end of the 2018-19 campaign.