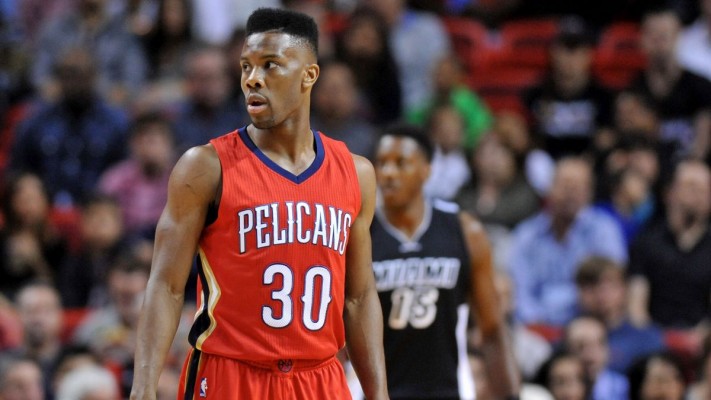 Don’t be surprised if you see point guard Norris Cole in a Cleveland Cavaliers uniform this fall.

That’s because according to Sam Amico of Fox Sports, Cole recently worked out with LeBron James in Miami and is reportedly far apart on a deal with the New Orleans Pelicans less than two weeks away from training camp.

“Pelicans guard Norris Cole trained with LeBron James earlier this month in Miami, per the New Orleans Times-Picayune. Cole, a restricted free agent, remains unsigned with two weeks remaining before training camp. The sides are said to not be close,” said Amico.

The rumors of Cole coming to Cleveland are substantiated by LeBron’s close relationship with the young point guard. James has been known to bring ex-teammates and close friends on board as he’s done in the past with Mike Miller and James Jones.

With Kyrie Irving out for a good bulk of the season, adding Cole to the duo of Mo Williams and Matthew Dellavedova could be something that the Cavs may be interested in for the right amount.