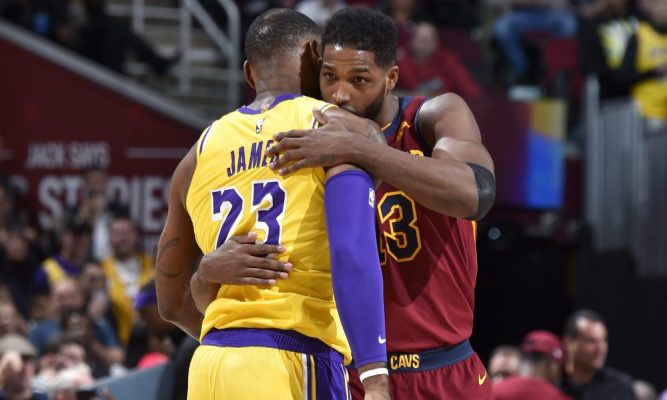 After his Los Angeles Lakers came out with a 109-105 victory over the Cleveland Cavaliers on Wednesday night, LeBron James took some time to discuss the difficult situation his former teammates are currently in.

“I mean, listen, any time you’ve got a group of guys you’ve spent so much time with both on and off the floor, and they’re going through what they’re going through right now, you definitely feel for that,” James said. “There’s champions over there, guys that have been to the Finals, a lot of guys that have worked their tail off to get to where they are in their career. You never want to see your friends be in the situation that they’re in. But as professionals, they’re still giving it all they’ve got, as they showed tonight.”

What James said is technically true. Though the Cavs have the worst record in the NBA so far at 2-14, players like Kevin Love, Tristan Thompson, Channing Frye, Cedi Osman, Rodney Hood, and Jordan Clarkson have either won an NBA championship or been to the NBA Finals.

In James’ second stint with the Cavaliers, the team won one championship while making four consecutive NBA Finals appearances.

James scored 32 points, grabbed 14 rebounds, and dished out seven assists against his former team during Wednesday’s showdown. He was greeted with a rousing applause and standing ovation from Cavs fans as he took the floor at Quicken Loans Arena on that special night.