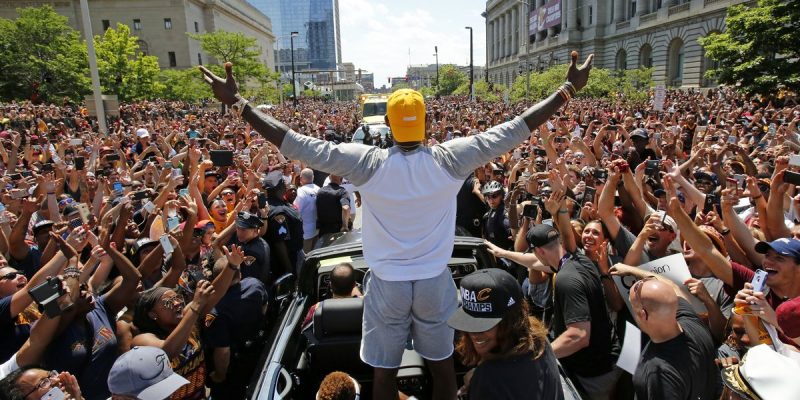 The Cleveland Cavaliers are just two days aways from hosting LeBron James and the Los Angeles Lakers, and the former Cavs star expects his return to Cleveland to be much different than his return in 2010 when he was a member of the Miami Heat.

In an interview with Joe Vardon of The Athletic, James opened up about what he expects his impending return to Quicken Loans on Nov. 21 to be like.

“Shit, it better not be,” he said, referencing the reception he received when he first arrived in Cleveland as a member of the Heat back in 2010.

While it may not be as bad as it was in 2010, James asserted that he actually doesn’t care if it’s negative or not.

“And personally I’m in a whole different space than I was in 2010, so shit doesn’t bother me.”

James may be a in a different space, and there is little doubt that the four-time MVP has given more to the city of Cleveland than perhaps any other athlete has given to their hometown. However, it’s possible that the biggest reason James could be met with cheers instead of boos on Nov. 21 is because there’s currently a banner that reads “2016 NBA Champions” hanging from the rafters inside of Quicken Loans Arena.