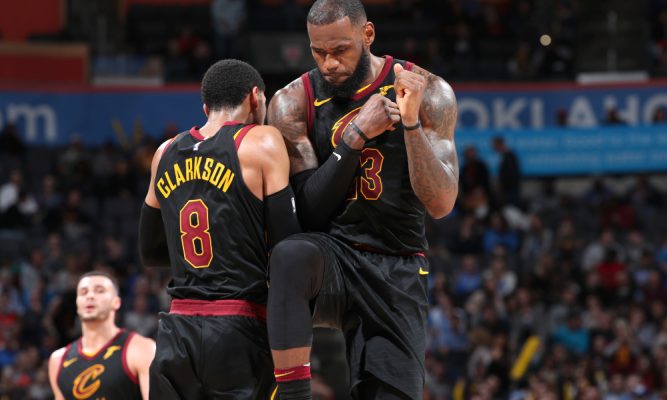 The occasion was to recognize James moving into fifth place all time among NBA scorers on Wednesday night. 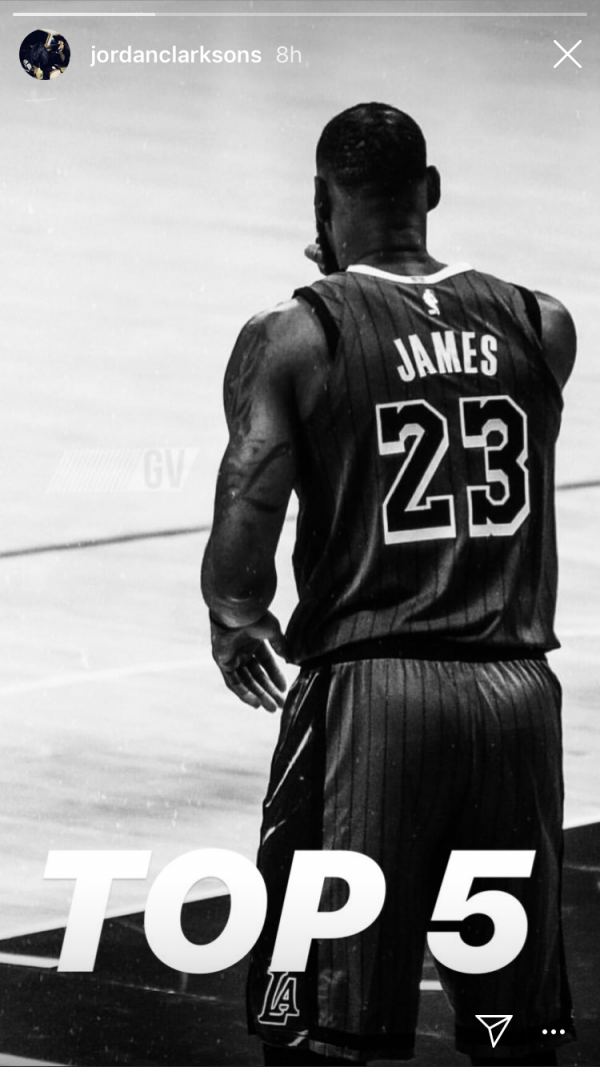 Now playing with the Los Angeles Lakers, James moved past another legendary Laker, Wilt Chamberlain, in reaching the milestone. The score in question came with just under four minutes left in Los Angeles’ 126-117 victory over Portland, with James leading the way by finishing with 44 points. James now has 31,425 points for his career, with the iconic Michael Jordan now next on the list at 32,292.

The performance marked the first 40-point game in the brief Lakers career of the 33-year-old James, who’s in his 16th NBA campaign. His previous scoring high this season was a 35-point effort at San Antonio on Oct. 27. Including Wednesday night’s game, James has played in 14 contests thus far and is averaging 27.6 points, 7.9 rebounds and 7.2 assists per game.

The 26-year-old Clarkson only had the opportunity to play with James for four months after he was dealt from the Lakers to the Cavaliers in February. However, his tribute is an indication that their brief connection continues to resonate.

The legendary work ethic of James also apparently rubbed off on Clarkson, who undertook a revamping of his overall game and body during the offseason. The Cavs continue to struggle as a team this year, having won just twice in their first 14 games. Yet Clarkson’s performance has been solid off the bench, averaging 15.4 points, 3.1 rebounds and 1.7 assists. He’s playing an average of 24.2 minutes per game.

Clarkson and the Cavaliers are off until next Monday, when they travel to Detroit for a contest before then returning home. Their opponent two nights later will be James and the Lakers, with James making his first trip back to Quicken Loans Arena after leaving the Cavaliers.