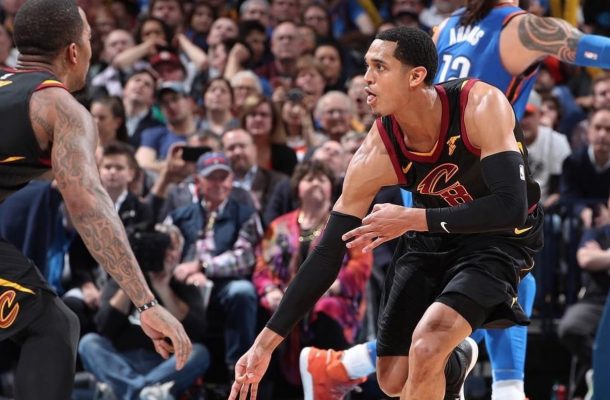 When guard Jordan Clarkson was traded from the Los Angeles Lakers to the Cleveland Cavaliers on Feb. 8, it resulted in him joining the third NBA franchise of his four-year career. In this instance, however, he’s now wearing the same uniform as the person he once cited as his favorite player: LeBron James.

Clarkson’s media biography produced during his collegiate career at the University of Missouri includes highlights of his career and concludes with personal information. Within the latter assortment of items is the following bit of data:

In 2014, Clarkson was a second-round draft pick of the Washington Wizards (46th overall), but was dealt a day later to the Lakers in exchange for cash considerations. In his 273 games with Los Angeles, he started 138 of those contests, averaging 14.3 points, 3.3 rebounds and 2.9 assists.

At the time of Clarkson’s trade to the Cavaliers, he expressed his excitement about being able to play for the Cavaliers, with the presence of James adding to the allure. For his part, James has already used social media to offer a subtle endorsement of Clarkson’s enthusiasm.

After just two games, this connection has resulted in two impressive road wins over quality opponents and has helped get the Cavaliers back on track toward reaching the NBA Finals for a fourth consecutive season.