Cavs Rumors: LaMelo Ball Could Be No. 1 Pick Headed to Cleveland 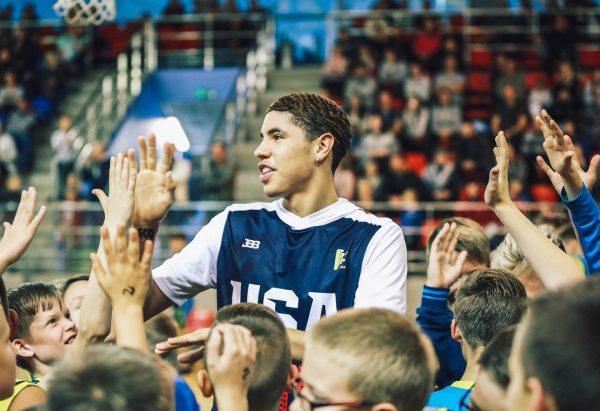 When it comes to LaMelo Ball, his prep coach believes that the brother of current Los Angeles Lakers guard Lonzo Ball could headed to the Cleveland Cavaliers in “a year or two.”

“LaMelo Ball can be the No. 1 pick in a year or two going to the Cleveland Cavaliers,” said Jackson.

A short while later, Jackson added what he believes sets Ball apart from others who are considered to be among the best in high school basketball:

“He has the talent that, some of it just can’t be taught.”

Ball is a senior at Spire and is using the opportunity to further develop his game. He’s ineligible to play at the collegiate level because he and his brother LiAngelo played professionally in Lithuania for a period of approximately four months last year. Prior to that stretch, he had been attending Chino Hills High School in the Los Angeles area, where he was considered a five-star prospect.

The associate academy director of Spire, Justin Brantley, spoke to ESPN and explained Ball’s decision to play at the prep school:

“My understanding is (LaMelo) was looking to relive that high school experience, looking to really focus on his game, as well as his education, and graduate. It’s more so of a feeling-out process to make sure it was the right fit all the way around, make sure we can help him, make sure we can provide him what he needs socially.

“Basketball is the furthest thing from his mind (in this decision), because he can develop somewhere else. It’s all the components that Spire provides.”

Brantley then described what Ball brings to the court:

Of course, the main issue that the Cavaliers and every other team will gauge when looking at Ball is the reality of having to deal with his bombastic father LaVar, who once proclaimed that he could beat basketball legend Michael Jordan in a game of one-on-one.

LaMelo Ball’s other brother Lonzo was the second overall pick last year by the Lakers. Over that short period of time (entering Friday night), he’s averaged 10.0 points, 6.7 assists and 6.6 rebounds per game. However, the Lakers have had to deal with LaVar Ball’s frequent criticism, a factor that may cause the Cavaliers and other teams to bypass LaMelo when the time arrives.