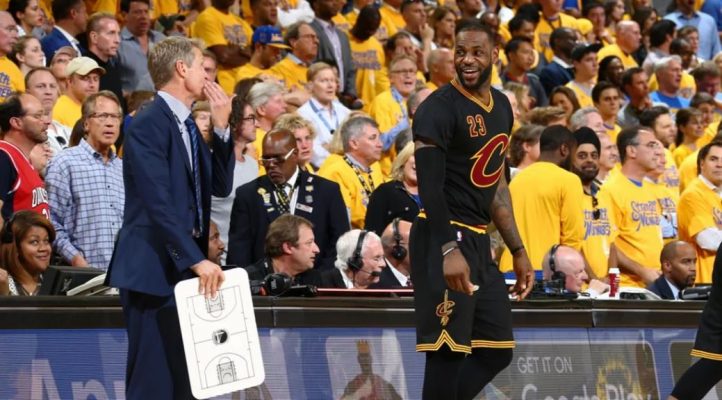 In the midst of celebrating his third NBA title in the last four years, Golden State Warriors head coach Steve Kerr took time to pay tribute to Cleveland Cavaliers forward LeBron James. Given the unique vantage point that he’s had during the course of his NBA playing and coaching career, the Warriors coach indicated that James is in the same rare territory with one of Kerr’s former teammates.

Steve Kerr says LeBron and MJ are the two best players that he's ever watched.

In each of the past four seasons, James has served as the key roadblock in Kerr’s quest to lead his team to a title. That effort came up short for Kerr’s team in 2016, when James led the Cavaliers to a comeback from a 3-1 Finals deficit and in the process, won the Finals MVP award.

With respect to Jordan, Kerr played with the Chicago Bulls for five seasons from 1993 to 1998. At the time Kerr began his Bulls tenure, Jordan was retired from the game before he returned in March 1995. Beginning with the 1995-96 season, Chicago won three consecutive NBA championships, with Kerr hitting the game-winning shot in Game 6 of the 1997 Finals to clinch the second of those titles.

Kerr didn’t make an effort to state which player he thought was better, with that debate having gone on for years. That discussion will most likely continue in the years ahead.