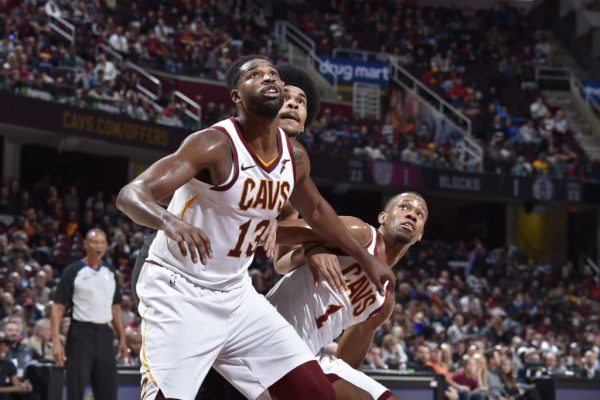 It only took a few games for the Cleveland Cavaliers to figure out just how hard life without LeBron James is gonna be, and Cavs veteran big man Tristan Thompson is already pointing fingers.

After starting the 2018-19 season out with an 0-4 record, Thompson vented some of his anger about his team’s current predicament.

“I’m not quitting,” Thompson said Wednesday after a double-digit loss to the Brooklyn Nets. “I know Kev (Kevin Love) not quitting. I know our vets aren’t quitting. So we need everyone in this organization that gets paid by the Cleveland Cavaliers to make sure everyone is here to fight and no one has quit yet.”

Thompson went on to say that if players already feel like quitting this early in the season, they should have never shown up in the first place.

“If you quit already, shoulda stayed your ass home,” Thompson said. “Just not shown up to training camp. Take the insurance money and say you’re hurt.”

Then, Thompson seemed to take a subtle at the younger members of the Cavs’ roster, letting them know that going off script on the court is not the way to play Cavs basketball.

“You can play hard but play like a chicken with your head cut off and look like a damn idiot out there,” he said.

“At the end of the day, the only guys who really know what’s expected, every night, are myself, of course, Kev and Swish (J.R. Smith). Everyone else has been one-year, two-year guys. They don’t know the culture of being a Cavalier and what it takes and what’s expected and what the fans expect when you put on that jersey.”

A single win would likely do a lot to help improve morale within the Cavs locker room. Unfortunately, the news that Love is nursing a foot injury paired with the fact that three out of the Cavs’ next four games come against opponents with winning records, it seems it could be quite some time before Thompson and the Cavs log the first win of their 2018-19 campaign.