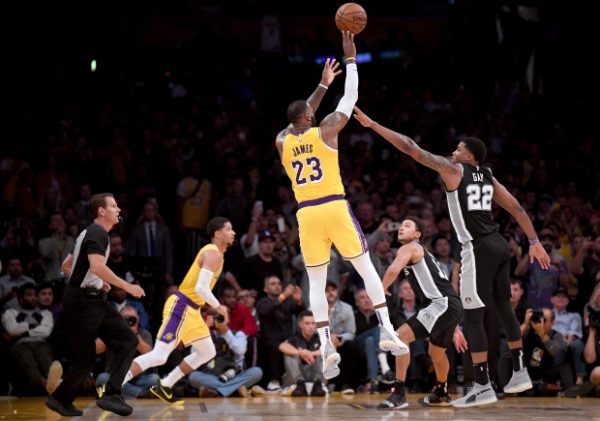 Cleveland Cavaliers guard J.R. Smith watched the Los Angeles Lakers face off against the San Antonio Spurs on Monday night, and loved every moment of it.

The game was a thriller, with the Spurs edging out the Lakers, 143-142, in overtime. LeBron James, Kyle Kuzma, DeMar DeRozan, and LaMarcus Aldridge all had fantastic games.

Though the Spurs had held the lead throughout the first three quarters, the fourth quarter featured a series of lead changes, with James hitting a deep 3-pointer towards the end of regulation to force overtime. Though the Lakers had held a six-point lead at one point in overtime, the Spurs fought back and ultimately won, thanks to a go-ahead basket by guard Patty Mills.

Smith made sure to express how much he loved the game, as he took to Twitter for a series of tweets that expressed his emotions.

One of the best early regular season games over ever seen!

A COLD-BLOODED KING ? (via @nbatv) pic.twitter.com/Cif6Pj1Ofs

It is nice to see James’ teammates still supporting him and maintaining that level of strong camaraderie.