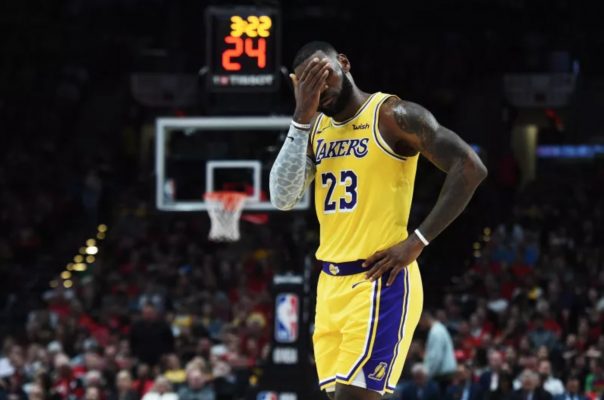 LeBron James has played a lot of minutes in the NBA, and the Cleveland Cavaliers are well aware of that.

According to Dave McMenamin of ESPN, Cavs officials have privately joked that “the tread is off his tires” when it comes to James and the minutes he logged last season. James led the league in minutes played last season, averaging 36.9 per game.

Whether or not these recent comments add a new dimension to a potential rift between James and Cavs management is yet to be seen. But despite being 33 years old, James does not appear to have any intention of slowing down.

James is now a Los Angeles Laker, and Lakers head coach Luke Walton emphasized that he will attempt to reduce the number of minutes that James plays in each game in an effort to preserve the superstar for the long run.

“We want to make sure we’re not only playing at our best come the end of the season but that he’s fresh,” Walton said. “And that’s a goal for us. And it’s a goal that we’re on a journey and it’s not a one-year journey. We’re continuing to try to and be our best season by season, but also as each one goes on. And obviously he gives us the best opportunity to be at our best.”

When it comes to how many minutes James will actually play, though, Walton did not cite an exact number and instead said that he wants James’ minutes in a “reasonable” range.

“That will probably change with how we’re playing as a team, where we’re at for the season,” Walton explained. “We’ll try to keep him at a reasonable number.”

Last year also marked the first time in James’ 15 seasons in which he played all 82 games of the regular season, a significant achievement considering James’ age and heavy workload. Walton said that James repeating the same feat is “definitely a possibility,” and followed up with how he plans on resting players this year.

“Rest with me is always kind of, you’ve got to take it as it comes,” Walton said. “See how the season’s going, get to those tough stretches. Are there nagging injuries happening or not? And that’s when you would do it. We’re not going to just rest somebody just to rest them. Only if the body or mind needs it, in my opinion.”