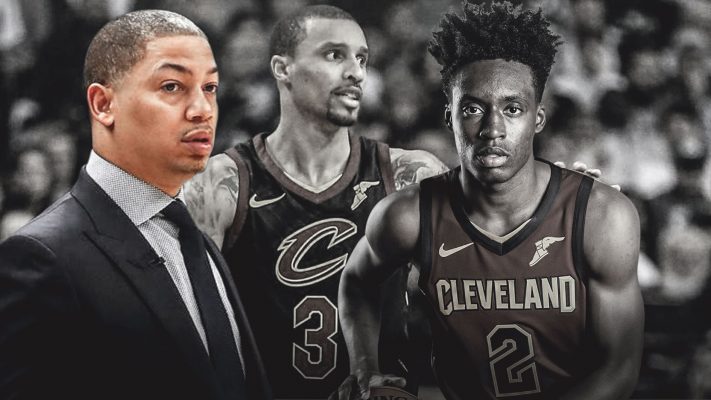 According to Chris Fedor of Cleveland.com, the Cleveland Cavaliers have elected to go with George Hill as the team’s starting point guard to begin the 2018-19 NBA season.

#Cavs Ty Lue has settled on George Hill as his starting point guard. Collin Sexton coming off the bench

Cavs head coach Tyronn Lue has stated that the team wants to “ease” rookie point guard Collin Sexton into things. Though he did also state that Sexton’s “probably ready” for a more prominent role.

Hill was acquired last season right before the trade deadline as the Cavs executed a flurry of trades to try to fix an extremely toxic roster leading up to February.

The point guard averaged 9.4 points and 2.8 assists in 24 starts last year, but his contributions mainly came on the defensive end on the floor, where he was tasked with guarding the opposing teams’ best perimeter players.

Sexton was the eighth pick in the 2018 NBA Draft and was the coveted prize of the trade that sent former superstar point guard Kyrie Irving to the Boston Celtics.

The Cavs will look to start things off on Wednesday against the Toronto Raptors to open their regular season.