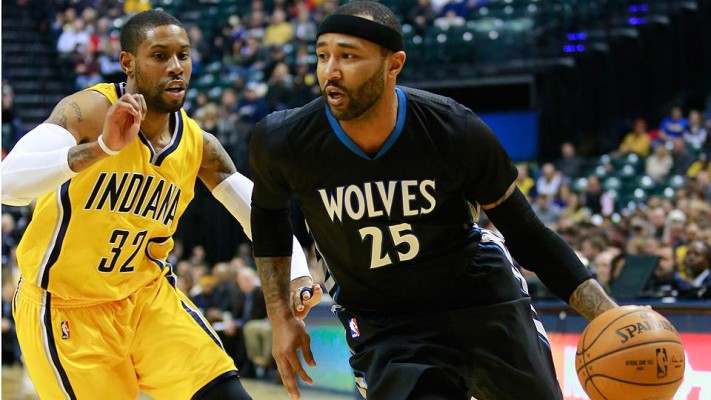 A name from the Cleveland Cavaliers’ recent past has cropped up in trade discussions involving the team: Mo Williams of the Minnesota Timberwolves, according to a tweet from ESPN.com’s Marc Stein.

NBA trade rumble as deadline nears: Rival teams believe Mo Williams is available in ‘Sota if you can satisfy Wolves’ wishes on a draft pick

However, the competition for his services is expected to be strong, which could raise the final price. According to a Darren Wolfson tweet, the Los Angeles Clippers and Miami Heat are two other teams to watch in this area, with the Detroit Pistons a long shot. Stein believes that an unspecified draft pick would be part of any deal.

Teams to watch on the Mo Williams front: Cavs, Clippers, and Heat. Small chance Detroit. Nothing imminent. #Twolves return will be minimal.

Williams’ 2014-15 salary is $3.75 million, which may again require some chess maneuvers by Cleveland General Manager David Griffin. If Williams is acquired, it will be done only to add depth to the team’s backcourt.

Williams first became a member of the Cavaliers after being dealt from the Milwaukee Bucks in 2008. He started at point guard for the next two seasons, but when the team was in the midst of their massive rebuilding after the departure of LeBron James, he was dealt to the Clippers shortly before the February 2011 trading deadline.

In that deal, the Cavaliers received forward Baron Davis, but more important, a first round pick that year. The lottery pick became the top pick in the 2011 draft and led to the selection of Kyrie Irving, the man that Williams would now be providing depth for the Cavs.

During his 186 games with the Cavs, Williams averaged 16 points and five assists per game, but his point production dropped each season. In addition, Minnesota is the fourth team he’s played for since being traded by the Cavaliers.

Williams and the Timberwolves will host Cleveland on Saturday night at the Target Center in Minneapolis. That game will mark the return of Kevin Love to the Twin Cities, and he’s expected to receive a rude reception, given the animosity that built up after he forced the team to trade him to the Cavaliers during the offseason.