NBA News: David Stern Tried to Stop ‘The Decision’ From Happening in 2010 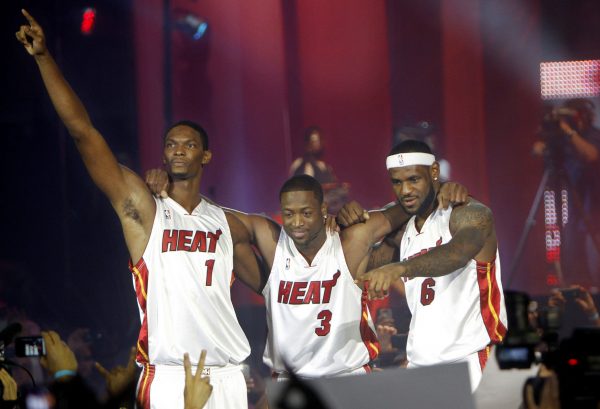 When former Cleveland Cavaliers forward LeBron James left his team for the Miami Heat back in 2010, he delivered the crushing news in a made-for-TV event that was infamously known as “The Decision.”

That method of delivery by James subsequently became the subject of intense criticism from virtually all sides. A new book indicates that then-NBA commissioner David Stern apparently made efforts to try to stop the broadcast from even taking place.

Ian Thomsen’s The Soul of Basketball looks back at that controversial event and offers Stern’s perspective on the situation:

Thomsen doesn’t indicate exactly what steps Stern and his staff took to prevent James’ announcement from happening. However, the move turned out to be a public relations disaster for the superstar, who was attacked by media and some players for the way in which he left the Cavaliers.

That criticism was also enhanced by the fact that James left to join fellow free agent Chris Bosh in forming a Heat squad that many referenced as a “superteam.”

In the aftermath of those attacks, James indicated that, while the delivery of that bad news could have been smoother, he didn’t regret the move:

“If I had to go back on it, I probably would do it a little bit different,” James said eight years ago. “But I’m happy with the decision I made. There’s always going to be a misunderstanding. I don’t know what I would [have done], but I definitely would have changed it.”

Still, the sting of such criticism presumably played a role in James’ announcements of his shift back to the Cavs in 2014 and his move to the Los Angeles Lakers this past July. In the first instance, he presented the news in a Sports Illustrated article, while a press release noted his departure two months ago.

James ultimately achieved his main goal after “The Decision,” winning two league titles with the Heat and reaching the NBA Finals in each of his four years with the team. He also achieved an even more long-sought goal after returning to the Cavaliers by leading the franchise to its first-ever title in 2016. Like his Miami years, that second tenure saw him reach the Finals in each season.