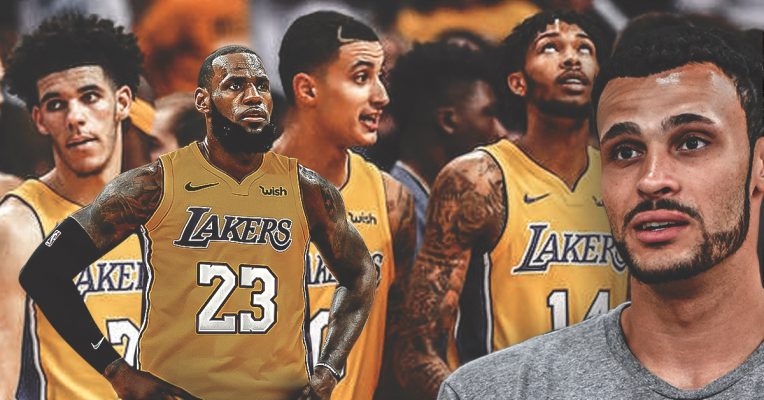 Larry Nance Jr. was acquired by the Cleveland Cavaliers last February in a deadline deal from the Los Angeles Lakers.

Despite having only played for a short period of time with new Lakers forward LeBron James during the latter’s final months as a member of the Cavaliers, Nance believes his former team could be a huge beneficiary of the leadership that James will bring to Staples Center.

British media outlet Express Sport spoke to Nance about the impact that James will have on a team that’s floundered in recent years. Though he understands the steep challenge awaiting the 33-year-old James, Nance feels that the veteran beginning his 16th NBA season could end up taking the Lakers to the NBA Finals for the first time since 2010.

“They could [get to the Finals],” Nance said.

“With LeBron, anything is possible. I think it’ll be a very tough road because arguably three of the best four teams are out west.

“You’re going to have to go through Golden State, Houston, Oklahoma City – there’s some really good teams out there. Their work is certainly cut out.”

When Nance was dealt to the Cavs, he went from playing for a weak Western Conference team to one that eventually found its way to reaching the NBA Finals for a fourth consecutive year. Over that four-month period, Nance got an up-close look at a player who’s among those in the continuous debate about who is the greatest basketball player ever.

The fact that James has been a major component of every Eastern Conference team that’s reached the Finals over the past eight years could be seen as a reason not to dismiss Nance’s outlook. However, the former Laker believes that his former teammates need to fully understand what’s required when it comes to being a teammate of James. Specifically, the importance of focus and total effort.

“I’ve talked to them a little bit, I’m still very close with a couple of them,” Nance said. “I’ve told them to be at your best because he works so hard that it makes you want to work as hard. He’s a great north star to have for your team.”

Nance, who grew up in Northeast Ohio, was overjoyed to be returning to his hometown after the deal. It’s allowed him to reconnect on a frequent basis with his father, Cavs legend Larry Nance Sr., whose number he wears. The younger Nance’s first full season with the Cavaliers gets underway on Sept. 25 when the Cavs open up their training camp.