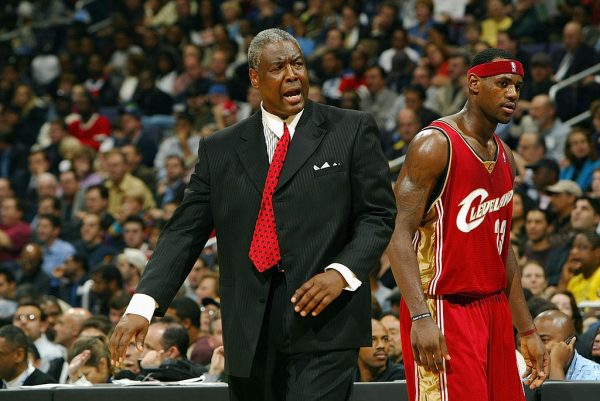 There are not many players in the NBA quite built like LeBron James. The 6’8″ small forward can take a game over on both sides of the court and swamp teams with his ability to get to the rim on the offensive side and protect the rim on the defensive side.

Even when he’s struggling, James finds other ways to be effective — whether it be play-making or letting other guys do their thing. This postseason, however, the 31-year-old has been struggling mightily in one area of his game: jump shooting.

Unlike Stephen Curry and Kevin Durant, the Cleveland Cavaliers superstar hasn’t always been a dynamite shooter, but he’s never really been a terrible one either and this postseason has exposed that facet of his game quite a bit.

"I've tried to work on his jumpshot with him but it's just not good." -Paul Silas on LeBron James (LeBron's first @NBA head coach)

The four-time MVP is shooting 38.7 percent when “pulling up” for shots and 33.3 percent when “catching and shooting” this postseason, per NBA.com. There certainly needs to be improvement there if James and the Cavs want to work their way out of 0-2 hole against the Golden State Warriors and put up a fight in the NBA Finals.