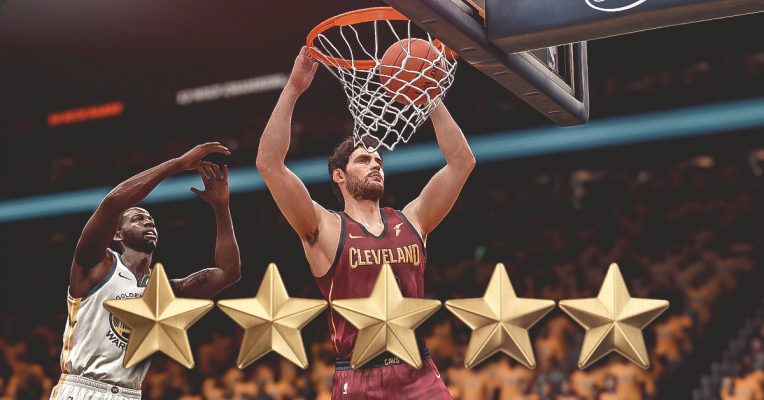 NBA fans are still over six weeks away from the opening night of the 2018-19 NBA season, but they will only have to wait just over a week for the release of the annual basketball video game, NBA 2K19, which is set to release on Sept. 11.

On Wednesday night, the excitement for the game’s release hit new levels when the projected starting five and ratings for a handful of teams appeared on the Internet.

As Cleveland Cavaliers fan might have expected, the ratings of their beloved squad are solid, but no longer as great as they were when LeBron James was still in the Wine and Gold.

Perhaps more interesting than the ratings, which all seem quite fair, is the starting lineup.

It is an exciting starting lineup if only for the fact that there is so much youth and untapped potential. Sexton has been pegged as one of the favorites to win the Rookie of the Year award, and Osman will have an opportunity to prove what he’s learned from working out with some of the best small forwards in the league this offseason.

The Cavs’ 2K19 lineup won’t be world-beaters, and it is unlikely that the real-life squad will be much more dangerous. Still, these ratings show a solid team filled with both veteran leadership and youthful exuberance.

Considering all the changes and drama this organization has been through over the last 12 months, that sounds like more than enough to look forward to in the 2018-19 NBA season.