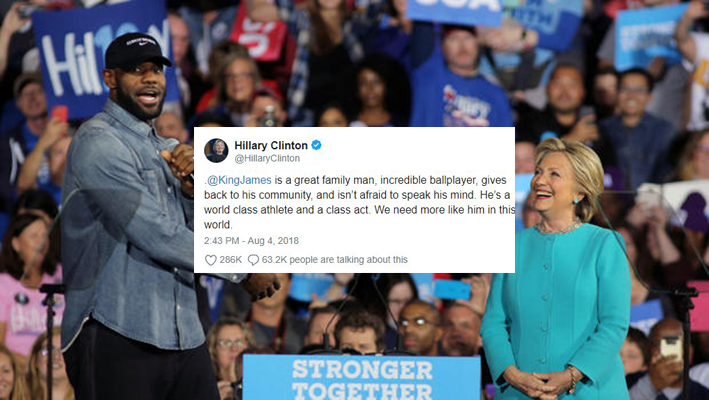 On Saturday night, Hillary Clinton took to Twitter to heap praise on James, saying what many in Northeast Ohio believe of James despite their political affiliations.

.@KingJames is a great family man, incredible ballplayer, gives back to his community, and isn’t afraid to speak his mind. He’s a world class athlete and a class act. We need more like him in this world.

This most recent flare-up between Trump and James has been highly contentious as the world of politics continues to bleed over into the world of sports. Since Trump’s tweet, athletes, politicians, and entertainers alike have taken to social media to express their thoughts on the matter.

One person who hasn’t directly mentioned the president’s words is James himself. Instead, he took to social media to post the latest updates on his I Promise School.

Let’s get it kids!! Love you guys https://t.co/kY88geedus