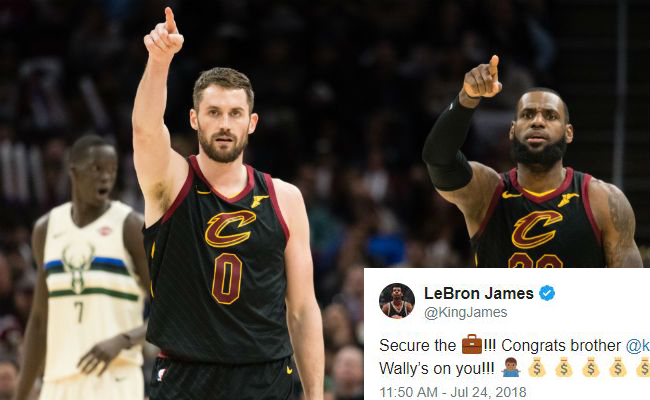 LeBron James may no longer be a member of the Cleveland Cavaliers, but that doesn’t mean he can’t celebrate along with his former team and teammates.

Shortly following the news of Kevin Love‘s four-year, $120 million contract extension, James took to Twitter to express his excitement over the news.

When James opted to sign with the Los Angeles Lakers in free agency earlier this month, it was not clear if Love would remain with the Cavs, or if he would become the victim of a complete organizational rebuild.

With the extension, it seems quite clear that the Cavs do not intend to rebuild and will instead look to remain relevant in the Eastern Conference with Love acting as the offensive focal point.

While the Cavs will certainly have to add some more talent to their roster to be considered amongst the conference’s best teams, exciting young players like Collin Sexton and Cedi Osman will certainly help lighten the load that now rests on Love’s shoulders.